Opening statements got under way in the highly anticipated $9bn fraud trial of Theranos founder Elizabeth Holmes, with prosecutors portraying her as a liar and her defence team insisting she was merely a hardworking biotech boss whose once-hyped blood-testing startup had failed.

Holmes, 37, has pleaded not guilty to 10 counts of wire fraud and two counts of conspiracy. She could face 20 years in prison if convicted.

She is accused of making false claims about the now-defunct Theranos, including technologies it was developing that it claimed could test for hundreds of diseases by extracting only a few drops of blood from a finger prick.

Holmes said that the blood samples would be tested in a machine it was designing named “Edison” after the famous inventor Thomas Edison, and that they would cost a fraction of traditional tests that required getting a doctor’s sign-off and drawing whole vials of blood from a patient.

The promise of disrupting healthcare with a lower-cost, less invasive blood-testing technology helped Holmes secure a marquee board that included politicians and former diplomats. She also attracted investments from business luminaries such as media mogul Rupert Murdoch and Oracle co-founder Larry Ellison.

“This is a case about fraud – about lying and cheating to get money,” Robert Leach, a member of the prosecution team, told jurors during his opening statement.

“She had become, as she sought, one of the most celebrated CEOs in Silicon Valley and the world. But under the facade of Theranos’s success there were significant problems brewing,” Leach added.

“Elizabeth Holmes did not go to work every day intending to lie, cheat and steal. The government would have you believe her company, her entire life, is a fraud. That is wrong. That is not true,” Wade said. “In the end, Theranos failed and Ms Holmes walked away with nothing. But failure is not a crime.”

Holmes had a backstory worthy of a Silicon Valley legend in the making. A Stanford University dropout at age 19, she filed her first patent before she turned 20 and founded Theranos in 2003.

At the height of the hype surrounding Theranos, Holmes’s wealth was estimated at $4.5bn, reflecting her 50 percent stake in the firm.

But the startup collapsed in speculator fashion after a series of articles by The Wall Street Journal revealed that Theranos’s devices were flawed and inaccurate.

Some of Theranos’s wealthy investors, as well as former board members, are expected to testify during the trial presided over by US District Judge Edward Davila.

Leach told jurors that evidence will show that Holmes agreed with former Theranos chief operating officer Ramesh “Sunny” Balwani to carry out a scheme to defraud the firm’s investors and patients after it lost interest from pharmaceutical companies.

“Out of time and out of money, Elizabeth Holmes decided to lie,” said Leach.

Balwani, who has also pleaded not guilty to charges against him, is scheduled to be tried separately.

If Holmes takes the witness stand during the trial, her lawyers have indicated in recently unsealed filings that she will testify that some of her statements and actions while at the helm of Theranos were the result of “intimate partner abuse” inflicted on her by Balwani. 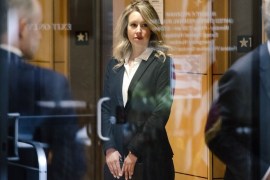 Will Theranos founder Elizabeth Holmes cast herself as a victim? 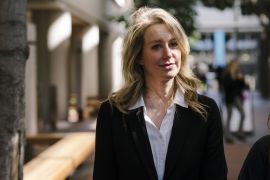 Theranos’s Elizabeth Holmes asks to delay trial due to pregnancy

If a US district judge in California agrees to the request, it will be the fourth time Holmes’s trial has been delayed. 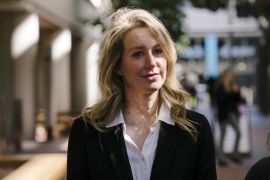 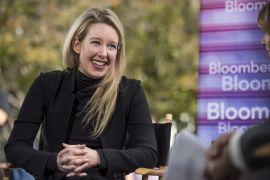 What is Theranos founder Elizabeth Holmes on trial for?

Five years after her fall from grace, Theranos’s Elizabeth Holmes is getting her day in US court.