Chinese social media giant Weibo has banned a fan club of popular South Korean K-pop band BTS from posting for 60 days, saying it had raised funds illegally, days after photographs of a customised aeroplane funded by the fan club were posted online.

The fan club account, which had more than 1.1 million followers on Weibo, was centred around BTS member Jimin. The restrictions imposed on the account came amid China’s campaign to clean up the entertainment industry and clamp down on “irrational behaviour” exhibited by fans.

The party has since reduced children’s access to online games and is trying to discourage what it sees as unhealthy attention towards celebrities. Last week, the government banned effeminate men on TV and banned idol development shows for their “low moral values” that could be a bad influence on the youth.

Note: The route may be changed due to some special reasons, please download Flightradar24 to check the flight information. pic.twitter.com/vp6AMpqjgd

The stunt drew swift criticism online for its excess. Following the backlash, the account issued a statement last week on its feed urging fans to be “rational” when chasing celebrities for a “harmonious and healthy internet environment”.

Weibo said in a statement on Sunday that the group has been banned from posting for 60 days after it was found to have raised funds illegally.

“Weibo firmly opposes such irrational star-chasing behavior and will deal with it seriously,” the statement said.

The fan club began raising money in April to prepare for the birthday celebrations, according to China state-owned media Global Times, with more than million yuan ($150,000) raised in the first three minutes of the fundraising activity and 2.3 million yuan ($360,000) in the first hour.

It is not uncommon for K-pop fans worldwide to celebrate the birthdays of their favourite celebrities by taking out advertisements in newspapers and billboards or customising public transport vehicles with images of their idols.

Many fans also fundraise to donate to charitable causes such as funding education for the underprivileged or sponsoring wild animals in stars’ names as part of such celebrations.

Weibo also said in a separate statement on Sunday that it banned 21 other fan accounts for 30 days for posting “irrational star-chasing” content. The banned fan accounts were mostly centred around K-pop celebrities, such as members of South Korean boy bands NCT and EXO, and girl group Blackpink.

Celebrities in China are often pressured to conform to values espoused by the Chinese government or face the repercussions. Celebrities such as Fan Bingbing and Zheng Shuang have been fined heavily for evading taxes, and popular actress Zhao Wei last week had her name removed from credits of films and TV shows she had starred in without explanation.

China, which claims Taiwan as its territory, objects to any reference to the self-governing island as a country. Under the one-country policy, other countries have diplomatic relations with either China or Taiwan, but not both. 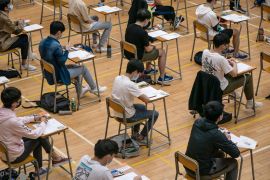 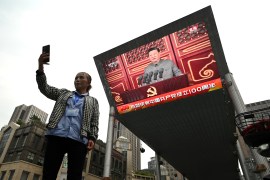 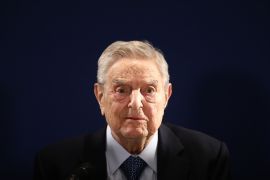