President Joe Biden said the U.S. economy remains strong after a disappointing jobs report, blaming a retrenchment in hiring on the spread of the delta variant of coronavirus.

“What we’re seeing is an economic recovery that’s durable and strong,” he said Friday, crediting his own policies including a $1.9 trillion pandemic relief bill earlier this year.

“The measures we’ve taken so far have brought America out of an economic free-fall. We are adding jobs, not losing them,” he said.

The Labor Department reported earlier that U.S. hiring abruptly down-shifted in August with the smallest jobs gain in seven months. The unemployment rate fell to 5.2% from 5.4%.

The increase in nonfarm payrolls fell far short of economists’ forecasts, with gains of just 235,000 jobs as the delta variant caused a resurgence in the U.S. pandemic and employers struggled with persistent hiring challenges.

Adding to Biden’s woes, West Virginia Senator Joe Manchin — a key Democratic moderate — on Thursday demanded a “strategic pause” for the president’s economic agenda, imperiling a $3.5 trillion tax and social spending package that his party’s leaders planned to push through Congress this fall.

With a 50-50 split in the Senate, the party’s leaders need all of them to vote for the package to overcome unified Republican opposition.

Biden called on Congress to pass his spending and tax plans “so we can keep up the historic momentum we’ve been building the last seven months. It’s about investing in America’s future, not short-term stimulus.”

He didn’t mention Manchin by name but blamed lobbyists for large corporations and the wealthy for stalling progress on the legislation and vowed to fight them. His plans include tax increases for corporations and families earning more than $400,000 a year.

“I’m going to take them on. We’re going to pass these measures,” he said. “The super wealthy are still going to be able to have their three homes.”

He called for Americans to “stick together” to support the legislation, which he said would reshape the U.S. economy.

“When corporations and the wealthiest start to pay their fair share, it’s going to help millions of people,” he said, who would “punch their ticket to the middle class and stay there.” 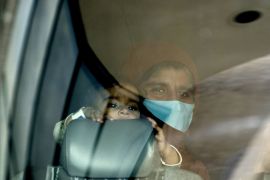 US to give each incoming Afghan evacuee up to $2,275 in aid

The money is to be used for housing, food, other necessities and enrolling children in school. 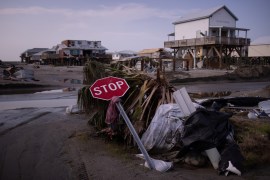 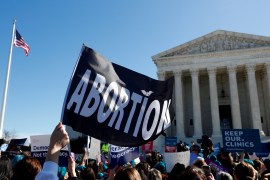 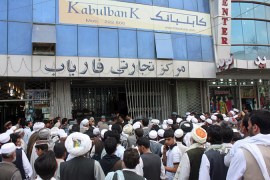 The US and the IMF should provide the Taliban with limited fund access to prevent economic collapse, Shah Mehrabi says.