The programme designed to compensate the survivors of convicted sex offender and financier Jeffrey Epstein has concluded its claims process after deciding to award $125m to about 150 eligible people, its administrator announced in a statement on Monday.

Approximately 225 claims were submitted to the Epstein Victims’ Compensation Program between its launch on June 25, 2020 and its filing deadline of March 25, 2021. Its goal was to provide people who had survived Epstein’s sexual abuse with financial compensation without forcing them to go through the United States courts or face public scrutiny. Some of Epstein’s victims were girls as young as 14.

The victims’ compensation programme was led by an independent administrator, Jordana “Jordy” Feldman, who was responsible for reviewing claims, meeting with claimants and issuing a determination. Claimants then had 60 days to make a decision about whether they wanted to accept the compensation offer or not, the organisation said in its statement.

“Every claimant had an opportunity to be heard in a safe space, to share the intimate, personal, often harrowing accounts of what they endured and how it has affected them,” Feldman said in the statement. “I was continually struck by the resilience and courage of the victims who put their faith and trust in this process.”

The programme initially expected to receive about 100 claims, the organisation said, but the total number it received was more than double that. Of those people whose claims were deemed eligible, 92 percent accepted the compensation offered to them, with the programme paying more than $121m to those claimants.

The conclusion of the claims process comes one day before the second anniversary of Epstein’s death at the age of 66. He was found dead in his jail cell in New York City on August 10, 2019, where he was being held while awaiting trial on sex trafficking charges. His death was ruled a suicide.

Epstein was linked to a number of high-profile politicians and businesspeople through his financial dealings and charitable contributions.

Last week, Microsoft founder and billionaire philanthropist Bill Gates described his relationship with Epstein as a “huge mistake” in a CNN interview aired days after his divorce from ex-wife Melinda French Gates was finalised. It was previously reported by The Wall Street Journal that French Gates met with divorce lawyers after being uncomfortable about her then-husband’s ties to Epstein.

It has been a long road for the victims of Epstein’s abuse.

In February, the victims’ compensation programme announced it was forced to temporarily halt payments over concerns about the liquidity of assets in Epstein’s estate, prompting a judge in the US Virgin Islands to demand the estate’s assets be frozen.

In her role as the programme’s administrator, Feldman worked “independently of and entirely free from any interference or control by the Epstein Estate,” the organisation said in its statement, adding that she had “complete autonomy and decision-making authority to determine individual claimant eligibility and compensation”.

In Monday’s statement, Feldman acknowledged that nothing could erase the pain survivors of Epstein’s abuse have had to endure.

“I am proud of what we were able to accomplish with this Program, but also recognize that no amount of money will erase the years of pain these victims have endured because of Jeffrey Epstein,” Feldman added. “My hope is that the Program provided his victims a meaningful measure of justice and a step on the path toward healing.”

Ghislaine Maxwell, Epstein’s confidante and a British socialite, has pleaded not guilty to charges that she engaged in sex trafficking with Epstein. Her trial could begin as early as November in New York City. 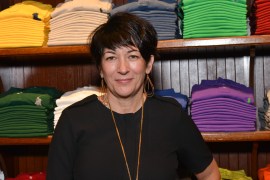 Judge rules there is a public interest to see Maxwell’s 2016 deposition on relationship with paedophile Jeffrey Epstein. 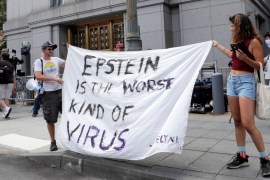 Prominent French modelling agent Brunel charged with rape of minors over the age of 15 and sexual harassment. 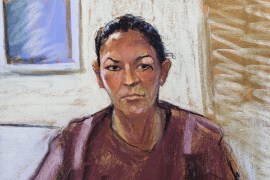 Maxwell is accused of grooming and recruiting teenage girls for Jeffrey Epstein to sexually abuse. 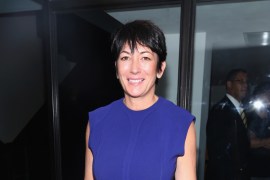 Maxwell, accused accomplice of Jeffery Epstein, claims she is being held alone and constantly checked in detention.