The conglomerate’s collection of manufacturers and retailers bounced back during the second quarter after being hit hard as the pandemic ripped through the U.S. last year. That group of businesses posted its second-highest quarterly profit in data going back to the middle of 2009 and helped fuel a 21% gain in Berkshire’s total operating profit during the period.

“It’s all of the other old economy, manufacturing, service, retailing, transportation businesses that just really reflect the broad economic recovery driving this performance this quarter,” Jim Shanahan, an analyst at Edward Jones, said in a phone interview. “There’s a housing angle here which I think was a really strong contributor this quarter.”

Buffett has built Berkshire into a broad business with footholds in industries including insurance, energy and retail. But that exposure to a wide slice of the U.S. economy weighed on it last year with businesses including See’s Candies having to furlough workers at the start of the shutdowns. Now, the outlook appears brighter.

Berkshire’s group of building-products companies accounted for a particular source of strength during the quarter. Earnings at those operations were up almost 40%, helped by the boon in housing construction in the U.S. Tom Russo, a Berkshire shareholder, said the strength of those businesses combined with the challenge of disrupting them through technology makes them a good part of Berkshire’s composition.

“The businesses have a certain underlying recurrence that I think makes them attractive,” Russo, who oversees $10 billion including investments in Berkshire shares at Gardner Russo & Quinn LLC, said in a phone interview.

“Warren Buffett’s Berkshire Hathaway is on pace for a solid 2H on the back of about 30% operating unit earnings growth in 2Q. This was an easy comparison, but earnings were above 2016-19 averages in all four segments. ”

Still, Berkshire wasn’t immune to the supply-chain pressures that have been a persistent economic theme since the early days of the outbreak. Higher costs for certain materials such as lumber and steel caused some of those operations to ramp up their own prices, Berkshire said.

Not every Berkshire business bounced back fully. Precision Castparts Corp., which makes parts for aircraft and suffered a large writedown last year, reported revenue declines during the period even as earnings climbed slightly due to efforts to restructure the business. And Berkshire warned that supply-chain issues could continue to weigh on that business.

“The Covid-19 pandemic contributed to material declines in commercial air travel and aircraft production in 2020,” Berkshire said in the filing. “While air travel in the U.S. is increasing in 2021, we do not expect significant increases in PCC’s aerospace demand to occur in the near term due to the inventory levels currently within the industry supply chain. Consequently, we anticipate PCC’s revenues and earnings in 2021 will be below pre-pandemic levels.”

Here are other takeaways from Berkshire’s second-quarter earnings:

Berkshire pulled back on one of Buffett’s more heavily used capital-deployment levers in recent years. The conglomerate bought back $6 billion of stock, down from the $6.6 billion repurchased during the first three months of the year, with June being the busiest month for repurchases for the company.

That contributed to Berkshire’s cash pile remaining fairly steady at $144 billion, just slightly below its record size. Buffett has struggled in recent years to find attractive ways to put that money to work, and that continued during the second quarter.

Buffett continued to be rather cautious on the U.S. stock market. Berkshire ended up selling $1.1 billion of stocks, on a net basis, during the period, marking its third straight quarter of being a net seller.

The conglomerate is facing even more expensive stock prices as the S&P 500 hit new highs during the quarter. Some of the sales appear to come from a reduction in Berkshire’s industrial, commercial and other stock holdings. The exact investments the company trimmed will appear in a regulatory filing later this month.

“I don’t think stocks are cheap. I think a lot of areas of the market are fully priced or maybe more than fully priced,” said James Armstrong, who manages assets including Berkshire shares as president of Henry H. Armstrong Associates. “There’s no urgency to pile money into stocks that are fully priced or overpriced. So I think you’re just seeing good discipline on Berkshire’s part.”

Auto insurers have felt the pain from more drivers hitting the road, and Berkshire’s Geico was no exception. The company ended up posting a nearly 70% decline in underwriting profit during the second quarter.

It was hurt by an increase in the frequency of losses and the severity of those claims. The frequency was affected by more drivers getting behind the wheel amid reopenings in the U.S.

“The insurance results were particularly weak,” Cathy Seifert, an analyst at CFRA Research, said. “What we saw from a lot of the carriers was, on a year-over-year basis, the second quarter of 2020, people were on lockdown mode, people weren’t driving, so both frequency and severity were down. Then, we started to see a little bit of a shift. So on a year-over-year basis, claim frequency went up significantly.”

Berkshire’s railroad, BNSF, posted record quarterly profit helped by its efforts in the past to boost productivity and the economic recovery.

Freight volumes increased across all of its product categories — consumer, industrial, agricultural and coal. Consumer-product shipping has benefited from e-commerce activity and auto shipments, Berkshire said.

“They reported a pretty strong increase in volumes revenue,” Edward Jones’s Shanahan said. “What is really powerful about the BNSF results is that the margins are really strong.” 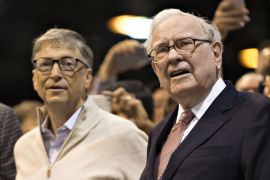 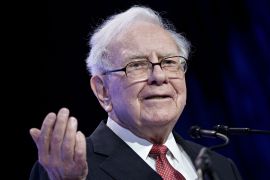 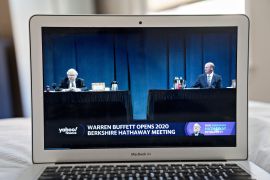 Buffett names Greg Abel as his likely successor at Berkshire

Buffett, 90, told CNBC that 58-year-old Greg Abel would likely take over from him as Berkshire chief.