Boeing’s astronaut taxi is back in the spotlight this week as it prepares for its second test flight, and the stakes this time around are even higher for the aerospace giant and NASA.

The Starliner capsule was scheduled to launch Tuesday at 1:20pm EDT (17:20 GMT) on a crucial demonstration mission bound for the International Space Station (ISS), following a three-day delay due to an anomaly on the space station. However, the launch attempt was delayed Tuesday morning after teams discovered an issue with the spacecraft.

A planned backup date is set for Wednesday, August 4, with liftoff set for 12:57pm (16:57 GMT). That could shift depending on what the engineers are able to troubleshoot with the spacecraft.

An update from Boeing is expected soon. There are also backup attempts available on August 7 and 8 if the issue isn’t resolved in time for Wednesday’s window.

If successful, the crewless test flight will mark the final step before NASA can declare the Starliner system operational, paving the way for it to ferry four NASA-sponsored crew members and critical research to the ISS.

Though there will be no astronauts aboard the test flight, Starliner plans to carry 181kg (400 pounds) of cargo — including scientific experiments and a test dummy named Rosie the Rocketeer — to the ISS.

If all goes smoothly, the spacecraft will undock and return to Earth with 250kg (550 pounds) of supplies, touching down at one of several possible landing sites in the western United States.

The mission is called Orbital Flight Test 2 (OFT-2) and as the name suggests, this is Starliner’s second crack at an uncrewed flight to the ISS.

In December 2019, the capsule had originally planned to dock with the ISS for several days before returning to Earth — kicking off what would have been the first operational mission for Boeing a few months later. But on that first try, the spacecraft suffered a problem with its mission timer, got stranded in the wrong orbit, and came home after circling Earth for two days.

Now, more than a year and a half later, Boeing is confident Starliner can make it happen.

“Boeing is very proud to be part of the commercial crew programme,” Chris Ferguson, Boeing’s director of Starliner mission operations, told Al Jazeera. “This has been a long 18 months leading up to this flight, and we’ve scrutinised every aspect of the vehicle.”

“We’re ready to launch,” he added.

Before Tuesday, the highly anticipated flight was delayed a little longer after an issue cropped up on the ISS. On July 29, Russia’s newly launched Nauka science module docked with the space station. Shortly afterward, its onboard thrusters started firing, moving the station out of whack.

Flight teams in mission control reoriented the orbital outpost, but the incident was enough to delay the Starliner launch a few more days.

In a blow to Boeing, Starliner’s 2019 setback created an opening for Elon Musk’s SpaceX, the firm’s rival for coveted NASA commercial crew contracts.

NASA awarded its first such contracts in 2010. The goal was to get private US crewed vehicles up and running as soon as possible after the agency’s space shuttle programme came to an end in 2011.

In 2014, Boeing was awarded $4.2bn to finish developing Starliner and fly up to six contracted crewed missions to the space station, while SpaceX received a similar deal worth about $2.6bn for its own astronaut transportation system, which consists of the Crew Dragon capsule and Falcon 9 rocket.

When those awards were first announced, NASA officials hoped that one or both would be operational by 2017. That was a lofty goal, as the US Congress routinely underfunded the programme, and both providers faced development issues.

In March 2019, SpaceX’s Crew Dragon capsule aced its uncrewed test flight to the space station — a mission known as Demo-1 — but the same craft exploded on the test stand a month later during a series of engine trials.

At one point, Boeing was targeting August 2018 for its version of Demo-1, which it called the Orbital Flight Test 1 (OFT-1). But a propellant leak was detected during Starliner’s launch-abort engines tests in June 2018, pushing the capsule’s development back.

OFT-1 did not get off the ground until December 20, 2019, when things still did not go according to plan. The glitch with the mission timer was not the only issue; post-flight analyses by Boeing and NASA revealed 80 corrective actions for the company to address.

After a successful flight test with two astronauts in May 2020, Crew Dragon received the green light from NASA to launch people on a regular basis. Now that it’s fully operational, the capsule is in the middle of its second contracted mission to the orbiting lab for NASA, with a third planned for the end of October.

Nineteen months after OFT-1, Starliner is ready to fly again. Boeing has made all of the necessary changes and others that weren’t mandatory, company officials have said.

“We had to make modifications to the communications systems, to the vehicle’s software, as well as to our own processes and operations,” Ferguson said. “We’ve done end-to-end testing, added an enormous amount of test scripting, and changed how we manage our flight software.”

The vehicle for this week’s test flight will be slightly different than the one in the botched mission last year, as it will have all of the same systems that are needed to support future crew.

“This vehicle is fully capable of flying crew,” John Vollmer, vice president and programme manager of Boeing’s commercial crew programme, told Al Jazeera. “We wanted to make sure this vehicle was as close as possible to the one that will be flying astronauts later this year.”

Armed with that data, they set out to make some improvements, and this time also chose to arm the flight escape system instead of flying it in a passive mode. This will help engineers further prove the vehicle is ready to carry humans.

Mann said that by having two dissimilar spacecraft, NASA is paving the way for a larger goal of moving beyond low-Earth orbit and out into deep space. She said it is a very exciting time to be a part of the agency and the space industry as efforts to commercialise space grow.

“The Starliner completed nearly all of its objectives despite the anomaly,” Bob Cabana, associate administrator for NASA, told Al Jazeera. “Rendezvous and docking are critical for this mission. We’ll get more data as it’s docked to the ISS and be able to better prepare for the upcoming crew flight.”

However, if there are any unexpected serious problems on OFT-2, that would cause yet more delays, further hindering the crewed-spaceflight redundancy that NASA pushes for.

Agency officials have repeatedly stressed that they want more than one operational astronaut taxi, to maintain orbital access if issues crop up with one craft. The issues with the first OFT test underscored that necessity.

Such a scenario could even spur NASA to secure additional seats on the Russian Soyuz spacecraft, something it did earlier this year as a hedge against possible commercial crew delays.

“Everything leading up to this launch, including the flight readiness review, has gone as smooth as glass,” Bill Nelson, NASA administrator, told Al Jazeera. “I think that indicates all the hard work that has gone into this vehicle. The only thing I’m concerned about is the weather.” 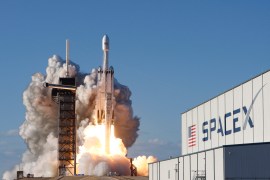 NASA is partnering with startup Axiom Space to launch the first all-private astronaut mission to the ISS. 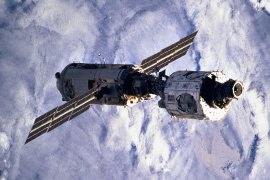 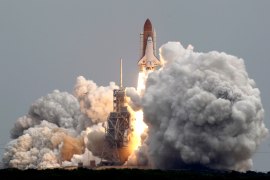 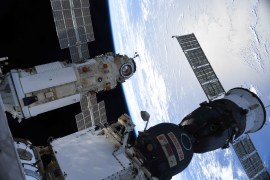