China has moved once again to tighten control of its technology sector, publishing detailed rules aimed at tackling unfair competition and companies’ handling of critical data.

On Tuesday, the State Administration for Market Regulation (SAMR) issued a set of draft regulations to cover protections for intellectual property and brand reputation as well as a ban against using algorithms or fake reviews to promote goods and services.

Alongside expressly prohibited behaviours like forced exclusivity arrangements, companies will also not be permitted to use technical means to interfere with the operations of rival platforms or maliciously render those services incompatible with their own.

The latter could force giants like Tencent and Alibaba to dismantle their walled-off ecosystems that had prevented users from accessing one company’s services from the other’s platforms.

Beijing has been firming its grip on internet platforms in recent months, citing the risk of abusing market power to stifle competition, misuse of consumers’ information and violation of consumer rights, in a reversal after years of a more laissez-faire approach.

Tuesday’s draft regulations are the latest in the government’s change in stance even as it has issued hefty fines to companies including e-commerce giant Alibaba Group and social media company Tencent Holdings as part of a widening crackdown. 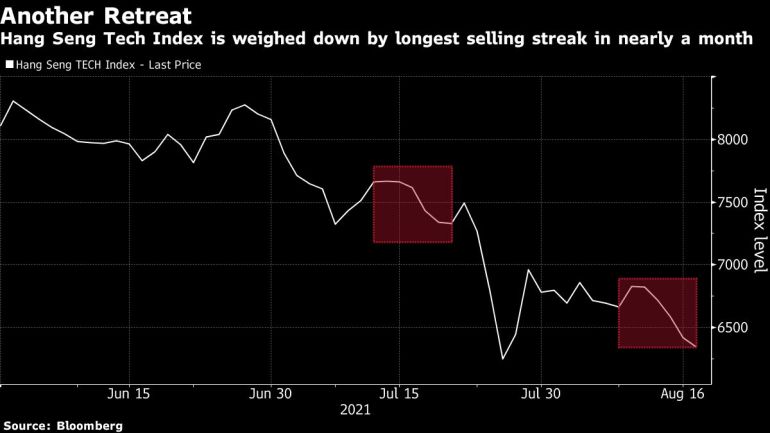 “The proposed regulations’ specificity evidences a clear set of priorities in setting the ‘rules of engagement’ for online competition,” said Michael Norris, research and strategy manager at Shanghai-based consultancy AgencyChina.

“If promulgated, the regulations will likely increase compliance burdens for transaction platforms, including e-commerce marketplaces and shoppable short video apps.”

No hijacking of traffic

Internet operators “must not implement or assist in the implementation of unfair competition on the Internet, disrupt the order of market competition, affect fair transactions in the market,” the SAMR wrote in the draft, which is open to public feedback before a September 15 deadline.

Specifically, the regulator stated, business operators should not use data or algorithms to hijack traffic or influence users’ choices. They may also not use technical means to illegally capture or use other business operators’ data.

Companies would also be barred from fabricating or spreading misleading information to damage the reputation of competitors and need to stop marketing practices like fake reviews and coupons or “red envelopes” – cash incentives – used to entice positive ratings.

The State Council said operators must conduct security inspections and risk assessments once a year and should give priority to purchasing “secure and credible network products and services,” marking an elaboration on the landmark Cybersecurity Law that passed in 2017.