The United States Federal Reserve says its low interest rate policies are providing “powerful support” for the economy as it recovers from the coronavirus pandemic.

In its twice-a-year report to Congress on monetary policy released Friday, the Fed indicated that it planned to maintain that support until further progress is made in recovering from last year’s severe recession.

Over the first half of this year, progress on coronavirus vaccinations helped to reopen the economy and produced strong economic growth, according to the Fed, but it said the lingering effects of the COVID-19 pandemic continue to weigh on the economy, with employment still well below pre-pandemic levels.

The Fed has kept its benchmark interest rate near zero while continuing to buy $120bn a month in Treasury bonds and mortgage-backed securities to put downward pressure on long-term interest rates. It said Friday that these efforts will help ensure that “monetary policy continues to deliver powerful support to the economy until the recovery is complete”.

The new report will be the subject of two days of hearings next week. Fed Chairman Jerome Powell will testify Wednesday before the House Committee on Financial Services, and Thursday before the Senate Banking Committee.

Lawmakers will seek details on exactly when the central bank will start cutting back on its bond purchases, and when it will begin raising interest rates.

The report Friday repeated wording used by the central bank since last year, explaining that it does not expect to begin raising interest rates until its goals on maximum employment and inflation have been reached.

It also reiterated the Fed’s expectation that monthly bond purchases will remain at the level of $120bn “until substantial further progress has been made” towards its employment and inflation goals.

Shortages of materials and difficulties in hiring have had held back activity in a number of industries and bottlenecks so far this year and other transitory factors have boosted inflation, according to the report.

“Consumer price inflation has increased notably this spring as a surge in demand has run up again production bottlenecks and hiring difficulties,” the report read.

But the report repeated the view of Powell and other Fed officials that any spike in inflation is likely to be temporary.

“As these extraordinary circumstances pass, supply and demand should move closer to balance, and inflation is widely expected to move down,” the report stated.

Minutes of the discussions at the Fed’s last meeting in June showed that the central bank began consideration of when and how it will start reducing the bond purchases but that no conclusions were reached. Most private economists don’t expect the actual bond tapering to begin until late this year or perhaps not until early in 2022. 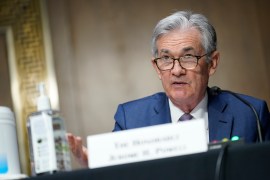 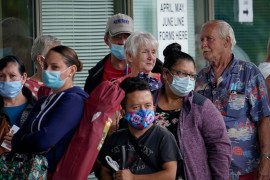 Powell said the Fed was focused on addressing longstanding disparities that weigh on the country’s productive capacity. 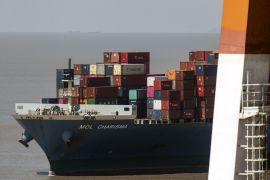 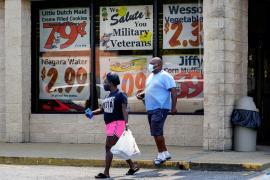