Non-European Union member Norway said on Friday that it has reached a post-Brexit trade deal with its greatest trading partner, the United Kingdom, which left the EU last year following a 2016 referendum.

The agreement includes Iceland and Liechtenstein, which are also outside the bloc and which together with Norway form the European Economic Area (EEA).

“When Norway is speeding up on its way out of the pandemic, then good export agreements are important,” she said.

Negotiations have been going on since 2020, and some of the differences included the import to Norway of agricultural goods such as meat and cheese, and fish exports to the UK, Norwegian media said.

Norway’s EEA membership grants it access to the EU’s vast common market and most goods are exempt from duties. However, obstacle-free trading across the North Sea ended when the UK left the bloc’s economic rules at the end of 2020.

“Although it is not as good as the EEA agreement, this is the most comprehensive free trade agreement ever,” Solberg told a press conference.

She added that at least two issues remained. “One is that [the deal] is not dynamic. That means that when rules are changed, they don’t follow everywhere. That is what is genius with the EEA agreement, that the rules are changed at the same time in all countries — the same standards apply everywhere, the same development[s] apply.”

“The second is the veterinary rules at the border, which have not been fully cleaned up,” she said.

Norway’s exports to the UK are worth close to 200 billion kroner ($24bn), Solberg said.

UK International Trade Secretary Liz Truss called the deal “a major boost for our trade with Norway, Iceland and Liechtenstein” while International Trade Minister Ranil Jayawardena said it “shows that the United Kingdom will continue to be a trade partner of choice”.

The UK side said British farmers will benefit from lower tariffs and more duty-free access on goods like cheese, pork and poultry. They also stressed that reduced import tariffs on shrimps, prawns and haddock will lower costs for UK fish processing.

Also, it will support 18,000 jobs in Scotland and northern England by creating new opportunities for the UK fish-processing industry, London said.

However, the deal contains some barriers as the UK had completely free trade with the three countries when it was a member of the EU. 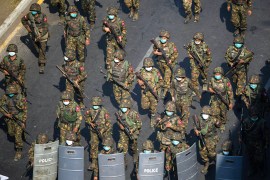 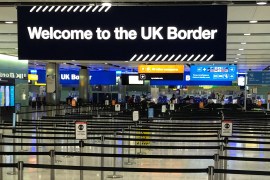 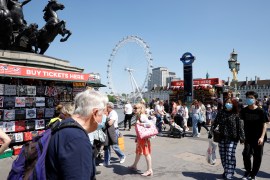