Flanked by two guards, Taylor, who was on Tuesday brought handcuffed into court with his son Peter, bowed deeply to the three judges that will decide their sentence, asking that they allow him to return to the United States to see his disabled father.

“I deeply regret my actions and sincerely apologise for causing difficulties for the judicial system and for the Japanese people,” he said in a quavering voice.

Taylor replied yes when the prosecutor asked whether he believed Ghosn should have stayed in Japan.

The two men this month pleaded guilty to charges that, in December 2019, they illegally helped Ghosn escape from western Japan’s Kansai airport hidden in a box on board a private jet to Lebanon.

Extradited to Japan from the US in March, they are being imprisoned at the same jail in Tokyo where Ghosn had been held, and face up to three years in prison.

Prosecutors said the Taylors received $1.3m for their services and another $500,000 for legal fees.

The elder Taylor on Tuesday said a cousin of Ghosn, who is his wife’s sister-in-law, helped persuade him to take the job. He also said he felt sympathetic for Ghosn and his wife Carole after they told him that Ghosn could be held in Japan for up to 15 years.

The couple, he said, told him jumping bail in Japan was not a crime.

The Taylors’ lawyers in the US waged a months-long battle to prevent their extradition, arguing they could not be prosecuted for helping someone “bail jump” and that they could face relentless interrogation and torture.

Suspects in Japan are interrogated in their lawyers’ absence and are often denied bail before trial.

When asked by prosecutors if he had been treated badly in Japan, Taylor said the prosecutor who questioned him after his arrest was “respectable and honourable”.

At the time of his escape, Ghosn was awaiting trial on charges that he understated his compensation in Nissan’s financial statements by 9.3 billion yen ($84m) over 10 years and enriched himself at his employer’s expense through payments to car dealerships.

Ghosn denies wrongdoing and remains a fugitive in his childhood home, Lebanon, which has no extradition treaty with Japan.

The Taylors’ case in Tokyo is the latest addition to multiple legal proceedings around the world left in Ghosn’s wake.

Former Nissan director Greg Kelly is currently standing trial in Tokyo for allegedly helping to understate Ghosn’s compensation and Nissan is suing Ghosn for 10 billion yen ($95m) in damages in a separate suit that is proceeding slowly in Yokohama. French investigators have been questioning Ghosn in Beirut on accusations he siphoned Renault SA funds, and last month the former executive was ordered to pay almost 5 million euros ($6m) to a local unit of Nissan in a case in the Netherlands.

A former Green Beret, Michael has never denied his involvement in Ghosn’s escape, even describing how he executed the operation in an interview with Vanity Fair before he was arrested. A longtime security consultant, Michael said he had been planning the operation for months, though he had maintained that Peter had no role.

By pleading guilty and showing remorse, the Taylors appear to be seeking a speedy sentencing and reduced sentence. They have already served time in the US although it is not clear whether that will be factored into their sentencing in Japan.

The State Department said it would inform the Japanese government of the amount of time the Taylors had served so that it could be taken into account, according to a letter seen by Bloomberg News. Their sentencing is set to take place later in July. 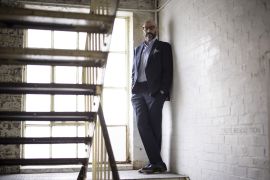 Former top lawyer says he was surveilled and demoted after he questioned the probe, Bloomberg reports. 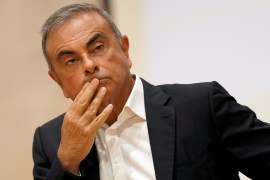 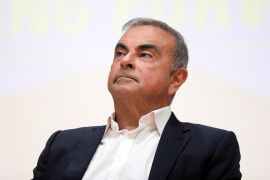 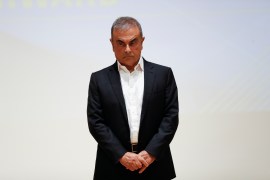 US Army veteran and his son pleaded guilty in Tokyo to charges that they illegally helped Ghosn escape Japan.