The United Kingdom and India have announced one billion UK pounds ($1.39bn) of private-sector investment and have committed to seeking a free trade deal. This was ahead of a virtual meeting between Prime Minister Boris Johnson and Indian leader Narendra Modi on Tuesday.

The meeting replaces an in-person visit Johnson had planned to make last month to deepen cooperation as the UK seeks new trading partners after leaving the European Union. That visit was cancelled due to surging COVID-19 cases in India.

“Like every aspect of the UK-India relationship, the economic links between our countries make our people stronger and safer,” Johnson said in a statement.

The British government set out 533 million pounds ($739.2m) of Indian investment into the UK, including 240 million ($332.8m) by the Serum Institute for its vaccines and sales business, and 446 million pounds ($618.5m) of export deals for British businesses.

Some of the investments listed had already been made public.

British estimates combined with data from the firms involved, showed the deals would create more than 6,500 jobs in Britain.

The two countries will also finalise an “Enhanced Trade Partnership” that will lift export barriers on goods ranging from British apples to medical devices, and took steps to open up India’s legal services sector to UK firms.

The partnership deal is seen as a step towards a full free-trade agreement that Britain hopes will by 2030 double bilateral trade from its current level of approximately 23 billion pounds ($31.9bn) per year.

“In the decade ahead, with the help of new Partnership signed today and a comprehensive Free Trade Agreement, we will double the value of our trading partnership with India and take the relationship between our two countries to new highs,” Johnson said. 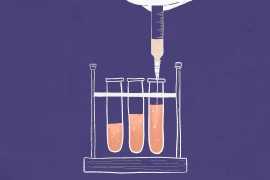 India shows why we will all need COVID vaccine booster shots

COVID mutations could spin out of control if situations like that in India continue to occur. 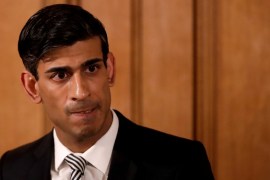 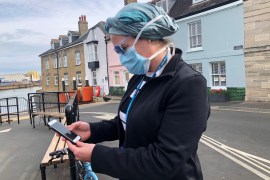 Launch is four months behind schedule and comes as cases soar to levels not seen since May.