Hong Kong authorities sent letters threatening media tycoon Jimmy Lai’s bankers with as many as seven years in jail if they deal with any of his accounts in the city.

Security Secretary John Lee, who signed the letters seen by Bloomberg News, previously announced that he was freezing bank accounts linked to the publisher of the city’s pro-democracy Apple Daily newspaper under Hong Kong’s sweeping national security law. The letters were sent to HSBC Holdings Plc and Citigroup Inc. earlier this month.

Bankers ignoring the directive will be “liable on indictment to a fine and to imprisonment for seven years,” according to the letters.

“I am exercising the power because Lai has been charged with two offences of collusion with other country or external forces to endanger national security,” Lee said at a media briefing Thursday. “It is my duty to specify in my notice to the relevant parties what will be the consequences if they fail to comply with my direction.”

A Citigroup spokesman said in an email that it doesn’t comment on individual accounts and is required to comply with all applicable laws and regulations in markets where it operates. A spokeswoman at HSBC declined to comment.

The letters could further spook investors in the Asian financial hub at a time when Beijing is tightening its grip on the city. More than 40% of members surveyed by the local American Chamber of Commerce said they might leave Hong Kong, highlighting the business community’s concerns over the security law and the government’s strict policies related to Covid-19.

Lai, a prominent democracy activist who used his Next Digital Ltd. media properties to support 2019 protests against China, is currently in jail for attending unauthorized rallies in Hong Kong. He also faces more serious charges under the security law, including “collusion” with foreign forces.

A financial adviser to Lai said the amount of money in the accounts was relatively small but represented the Hong Kong end of a network of international banking relationships related to his private wealth, according to Reuters, which reported the existence of the letters earlier. 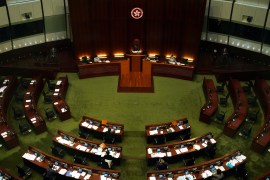 Changes approved in opposition-devoid body cut number of directly elected seats and will freeze out most China critics. 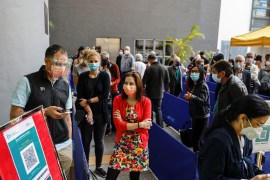 Official says Hong Kongers ‘only have a three-month window’ before the first batch of Pfizer-BioNTech vaccines expires. 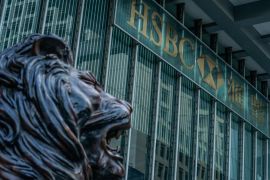 The London and Hong Kong-based bank is planning to cut staff by about 35,000 to drive down costs. 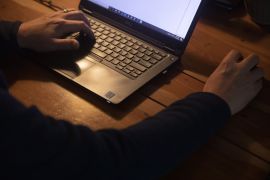