TikTok, the wildly popular video app, and its Chinese parent ByteDance could face a damages claim worth billions of pounds in London’s High Court over allegations they illegally harvested the private data of millions of European children.

Anne Longfield, the former Children’s Commissioner for England and so-called “litigation friend”, or public face, of an anonymous 12-year-old girl leading the class action, said on Wednesday that affected children could receive thousands of pounds each if the claim is successful.

Longfield alleged that every child that has used TikTok since May 25, 2018, may have had private personal information illegally collected by ByteDance through TikTok for the benefit of unknown third parties.

“Parents and children have a right to know that private information, including phone numbers, physical location, and videos of their children are being illegally collected,” she said, as a website to detail the case goes live.

A TikTok representative said privacy and safety were the company’s top priorities and that it has robust policies, processes and technologies in place to help protect all users, especially teenage users.

“We believe the claims lack merit and intend to vigorously defend the action,” the representative said.

Former United States President Donald Trump had ordered TikTok to be sold to an American company last year, citing national security concerns about users’ data falling into the hands of Chinese authorities. But multiple legal challenges held up a deal. The company denies the allegations.

TikTok is one of the world’s most popular apps – especially among children, teens and young adults – and has about 100 million users in Europe alone and a similar number in the US. The COVID-19 pandemic, which shut many children up at home, has helped cement its success.

The claim demands that the company delete all children’s personal information – and states that damages could run into “billions of pounds” if successful.

Such US-style “opt-out” data privacy class actions, which bind a defined group automatically into a lawsuit unless individuals opt out are rare in the UK.

The case has been put on hold while it awaits a UK Supreme Court ruling in a bellwether case against internet giant Google over alleged unlawful tracking of iPhone users in 2011 and 2012 through third-party cookies.

That case will be heard next week. 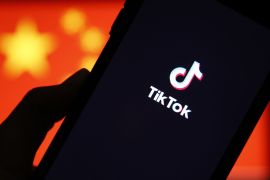 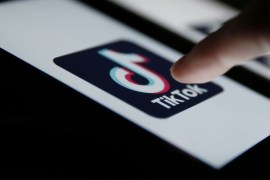 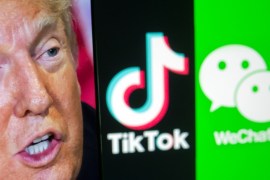 China slams US ‘bullying’, warns of action over TikTok, WeChat

China warns of necessary measures to safeguard interests of its companies after US bans downloads of TikTok and WeChat. 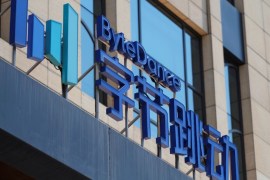 TikTok IPO on would be one of technology sector’s biggest-ever share sales and would dilute Chinese owner’s stake.