By Michael Heath and Kathleen HaysBloomberg

A technological decoupling between the U.S. and China and potentially Europe would cut global gross domestic product by an order of magnitude greater than the recent trade war, a senior International Monetary Fund official warned.

“The world is such an integrated place,” Helge Berger, head of the fund’s China mission, said in an interview with Bloomberg Television Friday. “If you stop exchanging knowledge across countries or borders you will ultimately pay a price, and this could be fairly high.”

IMF research estimates that technological fragmentation could lead to losses of around 5% of GDP for many countries, or about 10-times the estimated costs of trade tariffs imposed by the U.S. and China.

The warning comes after the Biden administration earlier this month added seven Chinese supercomputing firms to the list of entities that U.S. businesses can’t sell to without special permission. It was an expansion of the crackdown that began under President Donald Trump with curbs on exports to companies like Huawei Technologies Co.

The Biden team is still reviewing the China policies it inherited from Trump — including tariffs on more than $300 billion in annual imports, and a partial trade deal — but has indicated that its strategy will be broadly similar.

“The tensions around the U.S.-China relationship are one of the risk factors that we look at,” Berger said. “This is a constant concern.”

Tariffs between the two countries subtracted from growth last year and will do so again this year, he said, estimating the global impact at about 0.4% of GDP.

“But things could become more difficult if we allow technological decoupling to take place between the U.S. and China, between other countries like Europe,” he said. “So it is important that these two large, very important economies that are such a large part of where the global economy goes find a way to work together.” 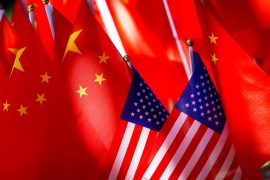 US trade representative seen keeping up pressure on China

USTR annual report says it plans to continue to challenge countries that impose trade barriers and other hurdles. 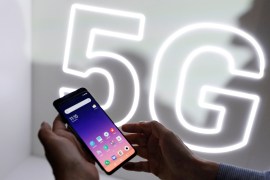 A US court halted Chinese phone maker Xiaomi’s inclusion on a list of firms subject to an investment ban. 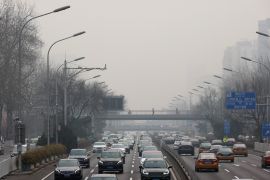 Signal appears to be the latest messaging app to cease working in a country that tightly controls the flow of info. 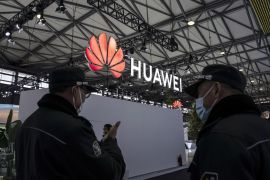 China lashes out at US over tighter Huawei restrictions