Saudi Arabia’s A- credit score, like all sovereign ratings, includes an assessment of its institutional setup. That element is currently graded a 4 in a 1-6 scoring system where 1 is the best and 6 the worst.

S&P’s explanation of the grade, which is one of seven elements in the overall rating, cites “limited predictability of future policy responses because of highly centralized decision-making” as well as “reasonably high regional security risk”.

“The recalibration of US-Saudi relations is unlikely to lead to any change in that assessment,” S&P’s top sovereign analyst for the Europe, Middle East and Africa region, Frank Gill, told Reuters news agency.

Khashoggi, a US resident who wrote opinion columns for The Washington Post critical of bin Salman’s policies, was killed and dismembered by a team of operatives linked to the prince in the kingdom’s consulate in Istanbul.

The Saudi government, which has denied any involvement by the crown prince, issued a statement rejecting the findings of the report by the US Office of the Director of National Intelligence, and repeated its previous statements that Khashoggi’s killing was a heinous crime by a rogue group.

In a television interview on Friday, US President Joe Biden said he told Saudi King Salman that Saudi Arabia has to tackle human rights abuses as a precondition to dealing with the US.

US officials have also said they are considering cancelling arms sales to Saudi Arabia that pose human rights concerns and limiting future sales to “defensive” weapons, as the US reassesses its relationship with the kingdom and its role in the Yemen war.

Neither Moody’s nor Fitch – two major ratings agencies – would comment on whether Washington’s Khashoggi report findings would have any impact on their respective Saudi sovereign ratings.

S&P’s Gill added that the recent recovery in oil prices was a benefit for the world’s top oil producer. It could get a further boost this week if, as expected, the Organization of the Petroleum Exporting Countries agrees to start easing its COVID-driven production cuts.

S&P’s most recent forecasts projected that Saudi Arabia’s debt would jump to about 46 percent of gross domestic product by 2023, up from 20 percent in 2019 and practically zero in 2014. The oil industry makes up about 40 percent of the kingdom’s economy.

“At the margin it is very positive,” Gill said, referring to benefit of the jump in oil prices. 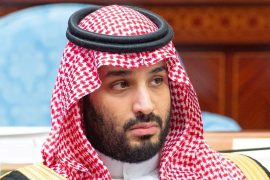 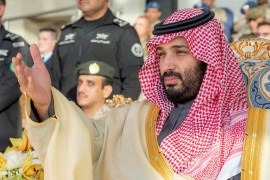 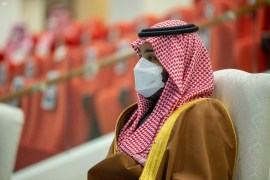 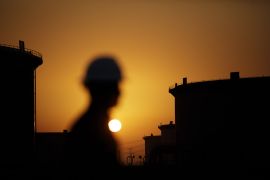 Saudi Arabia will cut an additional one million barrels per day in February and March as part of wider OPEC+ deal.