By Laura Litvan and Erik WassonBloomberg

President Joe Biden has agreed to moderate Democrats’ demands to narrow eligibility for stimulus checks, but rejected a push to trim extra unemployment benefits, as he tries to win support for his $1.9 trillion pandemic-relief bill, according to a Democratic aide.

Individuals earning over $80,000 now won’t qualify for the direct payments, compared with a $100,000 cap in the previously drafted legislation, the aide said on condition of anonymity. The ceiling for couples will now be $160,000 against $200,000 before. Checks start at $1,400 before they begin phasing out.

Lawmakers are heading toward the final phase of enacting Biden’s first signature legislative package, with the Senate taking up the relief bill the House passed last week. The changes in the measure could clear the way for passage.

While Republicans have opposed the price tag as excessive, the administration says the aid will give a vital lifeline to millions of Americans put out of work by the pandemic.

Democratic Senators, including Joe Manchin of West Virginia and Jeanne Shaheen of New Hampshire, had advocated tighter targeting to reduce funds being transferred to those who don’t need it. Their votes will be critical in passing the legislation given the Senate’s 50-50 partisan split and the united GOP opposition.

A separate push by moderates to trim supplemental unemployment benefits to $300-a-week from the $400 approved in the House won’t be included in what is initially brought to the Senate floor, according to the aide. The Senate’s so-called managers’ amendment to the House bill is expected to keep the House’s figure, which is a $100-a-week increase from the current level through August. 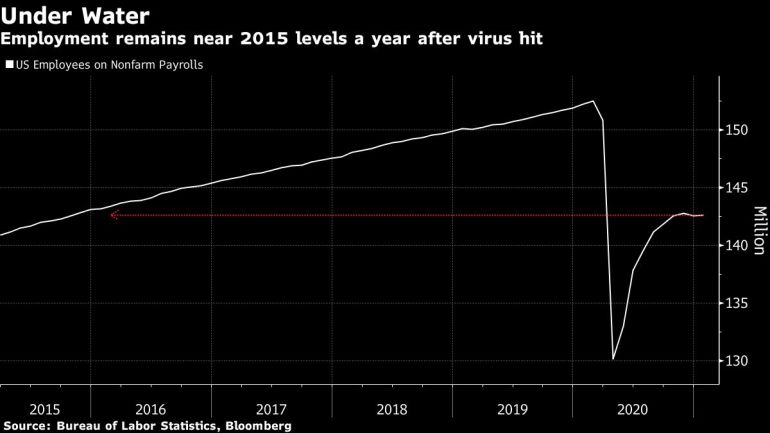 The language Biden approved gives both the moderate and progressive wings of the Senate Democratic caucus one item they wanted in the final negotiations. The White House declined to comment.

Immediate reactions to the news among Democrats was largely positive.

“That is an appropriate way of bringing this to a successful conclusion,” said Senator Michael Bennet of Colorado.

Democratic Senator Debbie Stabenow of Michigan, a member of Majority Leader Chuck Schumer’s leadership team, said the language Biden agreed to could put Democrats on track to clear the package later this week.

“That’s a reasonable compromise,” Stabenow said. “We’re in a good spot to get this done.”

Senator Maria Cantwell of Washington, by contrast, said, “I think the package as it had been crafted was good to go.” She said that “I think people need money.”

“I think we could drop it below the $200,000 and still provide help to households that still need it,” Shaheen said earlier this week in arguing for changes to the stimulus-check eligibility.

Biden met with nine moderate Democrats at the White House earlier this week as he sought their support in enacting his first signature piece of legislation.

The House version of the aid bill must be tweaked, as some of its elements were found to violate congressional rules; among senators’ tasks is removing the minimum-wage hike and slightly trimming the overall cost.

Senate Democrats will proceed with debate on the package once the non-partisan Congressional Budget Office and the Joint Committee on Taxation affirm that the managers’ amendment to the House bill qualifies for protections against a filibuster, said a Senate Democratic aide.

Democrats are aiming to resolve their outstanding differences before the amendment process, known as the vote-a-rama, begins as soon as Thursday. Once that starts, the danger is that Republicans could reshape some of the provisions by peeling off just one Democrat.

Senator Ron Wyden of Oregon, who wanted $400 a month in supplemental unemployment payments to extend for a month longer than the House measure, to Sept. 30, declined to comment on Biden’s new position.

Schumer has pledged to complete the package in time to get it to Biden before the current extra jobless benefits expire on March 14.