Hong Kong is expected to have its own blank check company listing framework ready in June for public feedback and targets allowing deals to start by the end of this year, according to people familiar with the matter.

The city is looking at tighter rules for sponsors of special purpose acquisition company listings and their buy-out targets than those enforced in the U.S., said the people, who asked not to be named discussing internal deliberations. Officials are keen to address concerns springing up around the hundreds of publicly traded shell companies that have raised money on New York exchanges with the goal of buying a profitable business down the line, the people said.

Hong Kong’s financial chief, Paul Chan, has directed the regulator and the stock exchange to come up with a framework that fits its market as the Asian financial hub seeks to get in on a boom in SPAC deals that has mainly been centered in the U.S. Some of the city’s biggest tycoons, including Adrian Cheng, are preparing to or have raised such funds in the U.S.

Hong Kong is racing with rival Singapore to become the first Asian hub to green light such vehicles. Yet, after years spent squeezing out shell companies that were seen as a hotbed for pump-and-dump stock manipulation, authorities are taking a cautious approach. Acquisitions by SPACs will have to meet the existing standards for initial public offerings, the people said. The rules also envision a set of conditions for sponsors to meet, including having a track record of managing money, one person said.

The time-line could still change should unforeseen regulatory concerns arise, the people said. The guiding principle is to keep the current vetting system of IPOs and reverse takeovers in place and introduce a long-term framework for SPAC issuance, they said.

“We regularly look at ways to enhance our IPO regime, as part of our commitment to enhance the competitiveness and attractiveness of our IPO market, whilst maintaining market quality,” a spokesman for the exchange said. “We will update the market of any new initiatives as appropriate.” Shares of HKEX rose as much as 1.6% on Monday.

A Securities and Futures Commission spokesman said: “We don’t have anything to add at this stage to what the government has said on this matter.”

In the past 12 months, more than 700 SPACs — mostly backed by billionaires, private equity, venture capital and even corporations — have flocked to New York exchanges, seeking to raise more than $200 billion, according to data compiled by Bloomberg.

The Hong Kong rules being mulled on sponsors could prevent some of the excesses that U.S. regulators are now growing concerned about. The Securities and Exchange Commission recently warned against buying stakes in SPACs based solely on endorsements from Hollywood actors, professional athletes and other celebrities.

SPACs typically put the money raised by selling shares into a trust account that pays interest while the company looks for a target to acquire. If no target is found over a specified period, mostly two years, investors get paid back.

A major concern now is that as more and more SPACs sell shares, there will be few viable companies available for them to acquire.

The deal boom is “a warning sign” in itself, said Martin Hennecke, Asia investment director at St. James’s Place Wealth Management, which oversees more than $177 billion.

Hennecke said that pressure will grow on SPACs over the next two years to secure a good acquisition. “When the deadline approaches for a large number of SPACs, we may see the worst fallout as sponsors are hard-pressed to cut corners with regards to merger quality to avoid liquidation,” he said.

One major issue in Hong Kong could become securing liability insurance for SPAC directors and officers against incorrect statements and negligence. Such insurance is already double the cost for many Chinese firms listed in the U.S. because of increased scrutiny and activism in recent years, said Sandra Lee, Asia chief executive at reinsurance broker BMS Group.

For the even smaller SPAC market it’s “almost impossible” to get D&O liability insurance, leaving the Chinese owners exposed to claims, Lee said.

Exchanges may be better served to sit out the SPAC boom in the long run, Hennecke said. “Ultimately for a long term success for a stock exchange, integrity and investor protection is also part of the equation.”

Even so, companies in Hong Kong are welcoming the new avenue to go public, which has already lured some of the city’s super rich. Horizon Ventures, a firm backed by billionaire Li Ka-shing, this year took its three financial technology holdings — Hippo Enterprises Inc., Doma and Bakkt — public in SPACs deals valued at $10 billion in total.

The firms opted to list via SPACs over a traditional IPO because it offered more benefits to the founders, said Frances Kang, a director at Horizon Ventures. Effectively a merger, a SPAC listing can be completed in a matter of weeks compared with the 12 months it would take to go public in the regular way, she said.

“Once you become a public company, nobody’s going to care whether you come here from SPAC, from direct listing or from traditional listing,” Kang said. “SPAC is only an alternative. Ultimately you need to ask yourself whether you are public ready.” 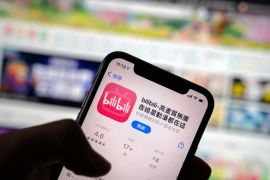 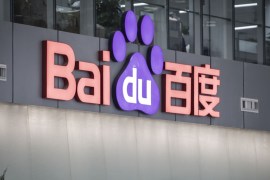 Baidu is the latest US-listed Chinese firm to seek a Hong Kong listing as it invests heavily in artificial intelligence. 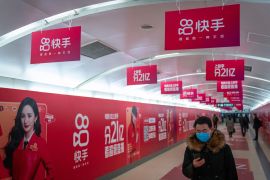 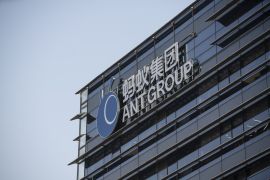 The agreement will make Jack Ma’s fintech giant subject to capital benchmarks similar to those for banks.