Powell’s reassurance gave a fresh impetus to investors expecting the world’s largest economy to rebound strongly and consumer prices to rise, boosting risky assets such as stocks while also driving US bond yields back up to one-year highs.

European stocks are expected to open higher, with Euro Stoxx 50 futures and FTSE futures up about 0.6 percent.

Hong Kong’s Hang Seng jumped 1.5 percent to recoup more than half of its previous day’s losses following the announcement of a stamp duty hike.

In a second day of testimony in Washington, DC, Powell reiterated the Federal Reserve’s promise to get the US economy back to full employment and to not worry about inflation unless prices rose in a persistent and troubling way.

“Powell said it will take three years for them to achieve its inflation target, essentially reaffirming the Fed will not raise interest rates until 2023,” said Norihiro Fujito, chief investment strategist at Mitsubishi UFJ Morgan Stanley Securities.

“A huge amount of cash investors have to work is flowing into the stock market, and that is more than offsetting any negative aspects of higher bond yields.”

The prospects of a prolonged period of low interest rates came as investors expect a huge US fiscal stimulus and a progress in COVID-19 vaccinations to shore up the economy, especially the sectors hit the hardest by the pandemic.

The US Food and Drug Administration said on Wednesday that Johnson & Johnson’s one-dose COVID-19 vaccine appeared safe and effective in trials, paving the way for its approval for emergency use as soon as this week.

“The encouraging news about a potential third [vaccine] candidate boosted market confidence as it may help to expedite the speed of economic normalisation,” Margaret Yang, a strategist at Singapore-based investment firm IG said in a research note sent to Al Jazeera.

On Wall Street, the Dow Jones average jumped 1.35 percent to a record high, outperforming the 1.0 percent gain in the tech-heavy Nasdaq index, as investors rotated into cyclical shares such as banks and consumer-related companies and out of tech firms.

In a possible sign of a fresh frenzy in stocks of companies favoured by retail investors taking their cues from chatter on social media sites – so-called meme stocks – struggling US video game retailer GameStop rose 83.3 percent in extended trade, building on a gain of 103.9 percent on Wednesday.

US bond prices stayed under pressure, boosting their yields to the highest level in a year.

“I wouldn’t say there is a panic in the bond market. But we have a coronavirus package worthy of $1.5, $1.7 or $1.9 trillion. And in addition, there will be infrastructure spending as well. Investors see few reasons to buy bonds aggressively now,” said Takafumi Yamawaki, the head of Japan rates research at JP Morgan.

A closely watched part of the US yield curve measuring the gap between yields on two- and 10-year Treasury notes rose to 127.4 basis points, near its 2016 peak of about 136 hit after former President Donald Trump’s surprise election victory, suggesting market expectations for a strong economic rebound and a possible rise in inflation, something traders are calling the “reflation trade”.

In the currency market, the safe-haven US dollar languished near three-year lows against riskier currencies as continued dovish signals from the Federal Reserve stoked reflation bets.

Commodities continued to get a boost from expectations of growing demand and limited supplies.

Copper price jumped 3 percent to its highest level in almost 10 years and could log its biggest monthly gains in 15 years.

Crude oil climbed to fresh 13-month highs after US government data showed a drop in crude output as a deep freeze in places like Texas disrupted production last week. 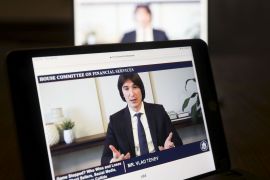 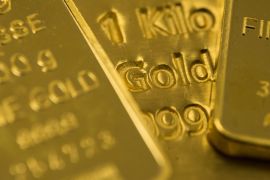 Gold surged to new heights in 2020 but has stumbled so far this year with prices slumping to seven-month lows on Friday. 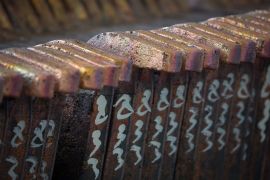 Copper rises over $9,000 as supply tightens in pandemic recovery

Copper is surging amid a rally in commodities from iron ore to nickel, while oil has gained over 20 percent this year. 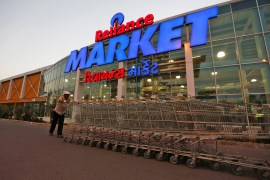 The verdict is a win for Amazon which says Future Group’s sale to Ambani’s Reliance Industries violates its contract.