By Siddharth Philip and Esha DeyBloomberg

Tesla Inc. shares wiped out their year-to-date gains Tuesday and traded below the level where they were when the electric-carmaker entered the S&P 500 Index in December.

Tesla’s early-week decline amid a wider market selloff was fueled in part by Chief Executive Officer Elon Musk’s comments over the weekend that the prices of Bitcoin and smaller rival Ether “do seem high.”

The concerns over the value of the cryptocurrency helped erase some of Bitcoin’s gains, which had rocketed to new highs after Tesla announced two weeks ago it added $1.5 billion in Bitcoin to its balance sheet. 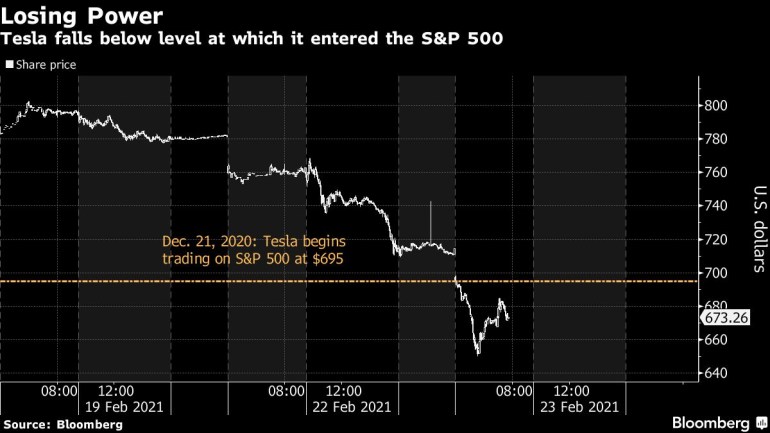 Smaller electric-vehicle stocks, which typically take their daily trading cues from Tesla, also dropped sharply Tuesday. The breakneck rally in many of the pure-play EV makers has slowed down considerably in 2021 as investors grew wary of increasing competition from traditional auto companies, such as General Motors Co. and Ford Motor Co.