Members of the United States House Committee on Financial Services are going head to head on Thursday with top executives from key stakeholder firms in the GameStop trading frenzy.

The inquiry aims to shed light on the hazy sequence of events that precipitated the ascent and rapid decline of the struggling video-game retailer’s share price just weeks ago, when it rocketed from $17.25 on January 1 to $347.51 on January 27 – then plunged to hover near $50 since then.

Individual retail investors, taking their cue from posts on social media sites such as Reddit, combined in a rarely seen move that forced some of the largest names on Wall Street to take big losses on their bets that shares of companies, including GameStop and US theatre operator AMC Entertainment, would fall.

These large funds had been selling GameStop stock short – a process that involves borrowing the stock to sell it while the price is high, and then buying it back once it falls and handing the shares to whoever lent them.

As the buy orders from retail investors mounted up on low-cost, mobile app-based brokerages such as Robinhood, their bids pushed up GameStop’s shares, throwing the short-sale strategy into disarray, something the financial industry calls a “short squeeze”.

Those buy orders grew so large that Robinhood was forced to temporarily block the buy orders on GameStop as the brokerage’s own financial position became strained. That move made retail investors angry, with some accusing Robinhood of trying to help hedge funds and suing it for allegedly depriving investors of the ability to invest and manipulating the market.

Legislators on the Committee on Financial Services, which oversees the banking and securities sectors, want to determine whether any malfeasance took place during GameStop Corp’s meteoric trajectory.

As the committee also monitors the work of the US Securities and Exchange Commission (SEC), in addition to the activities of the US Department of the Treasury and the Federal Reserve, any major revelations could put pressure on civil regulators to act.

The committee is chaired by Representative Maxine Waters of California and includes other Democrats expected to challenge the accounts presented.

Pointed questions could come from Representatives Alexandria Ocasio-Cortez, Rashida Tlaib and Ayanna Pressley, members of the so-called “Squad” known for their progressive views and support of tighter regulations on Wall Street.

At the end of January, Ocasio-Cortez said on Twitter that the committee needs “to know more about @RobinhoodApp’s decision to block retail investors from purchasing stock while hedge funds are freely able to trade the stock as they see fit”.

We now need to know more about @RobinhoodApp’s decision to block retail investors from purchasing stock while hedge funds are freely able to trade the stock as they see fit.

As a member of the Financial Services Cmte, I’d support a hearing if necessary. https://t.co/4Qyrolgzyt

On the Republican side of the aisle, committee members could also pose populist queries about Robinhood’s ability to stop people from purchasing GameStop shares on its platform — though the polarised atmosphere on Capitol Hill following the January 6 riot there could hinder truly bipartisan cooperation.

For his part, Representative Patrick McHenry, the ranking Republican member on the committee, has emphasised the need to figure out whether any laws were broken and to expose sources of market volatility.

Thursday’s virtual hearing is just one of several high-level inquiries in Washington to troubleshoot the stock-market shenanigans that gripped headlines so far in 2021. Among the issues being evaluated — including by the Department of Justice’s criminal fraud division and the Commodity Futures Trading Commission — are market manipulation, rules on short selling and brokerage solvency requirements.

Christopher Russo, a research fellow of the libertarian-leaning Mercatus Center at George Mason University, said Congress ought to investigate whether the market is rigged against retail investors. He believes that markets should become freer and fairer.

“The rise and fall of GameStop’s stock price was not a speculative bubble,” said Russo. “Rather, short sellers of GameStop were overleveraged.”

“Like a game of musical chairs, when the music stops, short sellers must scramble to cover their shorts,” he told Al Jazeera. “When the music did stop, investors were paid handsomely. It is not irrational exuberance; it is supply and demand.”

Russo also suggests that one’s profits at another’s losses do not pose any systemic risk to the overall financial system.

“If hedge funds take on too much risk and their bets sour, let them fail,” he added, clarifying that reckless investing should be discouraged in favour of financial literacy.

“Economics instructs us to diversify our investments, not to put all our eggs in one basket,” Russo said. “Common sense also instructs us to only invest amounts that we can afford to lose. Following these maxims are the best protections for retail investors.”

Robinhood’s Tenev is scheduled to testify as the House panel examines what occurred at the popular brokerage app during the turbulent days when GameStop and other related so-called meme stocks were caught in the short squeeze between Reddit-inspired day traders and hedge funds.

Analysts suggest that Tenev needs to explain how Robinhood opted to restrict trading rather than risk going bankrupt due to loss of liquidity.

Reddit CEO Steve Huffman and investor Keith Gill — who is known online as Roaring Kitty and DeepF***ingValue — are speaking at the hearing as well. On Tuesday, a lawsuit was filed against Gill in Massachusetts federal court alleging he misrepresented himself as an amateur investor when he is, in fact, a licensed securities professional and profited by artificially inflating the price of a stock.

Gabriel Plotkin, CEO of Melvin Capital Management LP, and Kenneth Griffin, CEO of Citadel LLC, are also due to speak. Melvin was the main hedge fund betting against GameStop before the investment firm sustained huge losses and was bailed out by Point72 Asset Management and Citadel.

Griffin, the billionaire founder of Citadel — whose separate but related entity Citadel Securities also serves as the market maker for Robinhood — is one of the key players on the witness list. Market makers ensure there is sufficient supply of a particular asset to meet demand, or help sellers find buyers for the assets they want to sell.

Committee chair Waters has stated that the American people are entitled to more information on how Robinhood makes its money and its exact relationship with Citadel.

A statement provided to Al Jazeera by the House committee said that Waters intends to focus “on fairness, protecting consumers and investors, and accountability for large financial institutions”.

Waters added: “Addressing that predatory and manipulative conduct is the responsibility of lawmakers and securities regulators”.

Legislators would like to hear answers about what happened behind the scenes during a financial storm that shook up not just equity markets but also the political sphere — with class-tinged calls for insurrection against the established financial order. They are also concerned about the potential for uninformed investors to take outsized risks.

In the month of January, 28 percent of Americans bought whole or fractional shares of GameStop or another meme stock like AMC Entertainment or BlackBerry, according to a recent survey of 1,089 people by The Harris Poll on behalf of Yahoo Finance.

Only one in five of the people surveyed said they had invested based on the advice of a financial services professional, while 35 percent said they were influenced by information on social media and 32 percent say they relied on information or advice they found on stock trading online forums.

The Consumer Financial Protection Bureau, the US federal agency whose jurisdiction includes services provided by securities firms, referred all press questions about the hearing to the SEC.

But a spokesman at the SEC, which is examining whether current market infrastructure should be updated, declined to comment specifically on investigative efforts in the House or Senate — where the Banking Committee also plans to convene a hearing.

Thursday’s House hearing is divided into two panels, one featuring businesses and investors and the other focused on government regulators.

Far from ending the policy discussion, we expect the hearing will prompt lawmakers to press ahead with further investigation and introduce legislative solutions. At this point, there are more unanswered questions than there are answered questions.

Among the regulators set to speak are officials from the Financial Industry Regulatory Authority (FINRA) and representatives of the Depository Trust & Clearing Corp (DTCC), which is the private, industry-owned utility that Robinhood uses to process transactions.

In a statement provided to Al Jazeera, DTCC said that extreme volatility has “generated substantial risk exposures at firms that clear these trades at NSCC, particularly if the clearing member or its clients are predominantly on one side of the market”. NSCC, the National Securities Clearing Corporation, is a subsidiary of the DTCC.

“When volatility increases, portfolio margin requirements increase too, and NSCC clearing members may pass on these costs to their clients, including brokerages that clear through them,” the statement continued, appearing to back up Robinhood’s stated position. “Margin requirements protect the entire industry against defaults and systemic risk in volatile markets.”

DTCC has called for regulators to further shorten the settlement cycle, which could increase market resilience and lower costs for many investors by reducing the time trades take to consummate. But the complex web of financial services may prove difficult for Congressional leaders to untangle anytime soon.

“This week’s hearing is the first opportunity to hear directly from those at the centre of the storm,” said Kurt Schacht, head of advocacy at the CFA Institute, a non-profit association of investment professionals.

“Far from ending the policy discussion, we expect the hearing will prompt lawmakers to press ahead with further investigation and introduce legislative solutions,” he told Al Jazeera. “At this point, there are more unanswered questions than there are answered questions.” 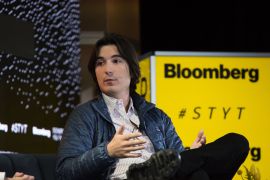 Vlad Tenev will testify at a congressional hearing on Thursday about January’s epic rally in stocks such as GameStop. 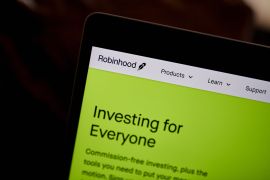 Alex Kearns’ family alleges the 20-year-old took his own life after he thought he lost $730,000 on the trading app. 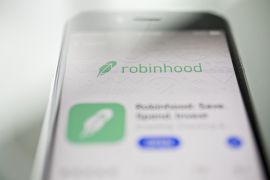 Robinhood or ‘robbing the ‘hood’? Outrage at online broker grows 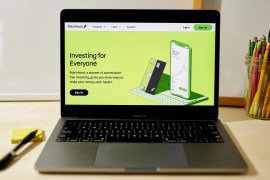 Robinhood raises another $2.4bn from shareholders

Robinhood disclosed the fundraising after pulling back on trading curbs imposed after last week’s market frenzy.