When New Zealand this week finally announced plans for the return of international visitors, Eve Lawrence, general manager of Haka Tourism Group in Auckland, could find little reason to celebrate.

After nearly two years of border closures that have reduced business to a trickle, Lawrence will have to wait at least another five months before welcoming customers from overseas. Even then, tourists will have to self-isolate at home for seven days — a requirement Lawrence believes will dissuade many from coming at all.

“We’ve lost summer this year now and potentially we’re losing next summer as well because we are reliant on long lead times for people to come to New Zealand – I mean it’s a long way,” Lawrence told Al Jazeera, adding that she expected travel agents and airlines not to promote New Zealand under such conditions.

“They won’t sell New Zealand, they’ll take us out of the brochure.”

Lawrence said her company, whose revenues have plummeted about 95 percent during the pandemic, was now bracing for potentially the most difficult six months of business yet.

“The last 21 months have been an absolute slog,” she said.

New Zealand’s decision to shut its borders in March 2020 helped the country remain largely COVID-19-free throughout the pandemic until a big Delta outbreak in September forced authorities to shift away from a “zero COVID” elimination strategy.

The South Pacific country has reported fewer than 11,000 COVID-19 cases and just 41 deaths, one of the lowest tolls in the world.

But the country’s strict border policies have left it increasingly isolated as most countries apart from China reopen and try to live with the virus. While New Zealand’s economy grew by 2.8 percent overall in the second quarter, there has been little respite for the country’s tourism and travel sector, which before the pandemic employed more than 225,000 people and accounted for 20 percent of exports.

In May, a survey carried out by Tourism Industry Aotearoa found that tourism businesses had on average let go of 40 percent of staff and seen revenues cut in half over the previous 12 months.

On Wednesday, the Youth Hostel Association announced it would permanently close all 11 of its hostels, citing the vanishing prospects of a revival of summer travel and a pandemic that had gone on “too long for us to be able to ride it out”.

Brian Westwood, the former CEO of the Youth Hostel Association, told Al Jazeera the border announcements were a disappointment to a sector that had been “mostly abandoned” throughout the pandemic.

“It is impossible to forecast the impact as so many businesses are privately held and being propped up with personal financial, remortgaged homes and family loans,” Westwood said. “Six more months with no international visitors and fewer domestic visitors is an intolerable position for many.

Our industry is innovative, our operators are industrious and sought many ways to keep their heads above water, but the rising tide of debt will simply be too much for some.”

Westwood said businesses could not understand why vaccinated New Zealanders could be allowed into the country from January but not visitors from abroad.

“To restrict visitation to New Zealanders only defies logic,” he said. “It is great for New Zealanders and is politically astute but it does nothing for the tourism sector.”

Under the border plans announced by COVID-19 Response Minister Chris Hipkins on Wednesday, fully vaccinated New Zealanders in Australia will be allowed entry without having to self-isolate from January 17, with New Zealanders in other countries allowed entry from February 14. Fully vaccinated international visitors will be allowed in from April 30 but will have to self-isolate for seven days.

Although New Zealand’s strict COVID-19 policies have been broadly supported by the public, there are growing signs of discontent.

Earlier this month, thousands of people took to the streets in Wellington to protest vaccine mandates and lockdowns.

Although still well ahead of her rivals, Prime Minister Jacinda Ardern’s approval ratings have dropped sharply from record-breaking highs during the early days of the pandemic. In September, John Key, a former prime minister from the rival National Party, warned in a newspaper op-ed that the country needed to learn to live with COVID-19 and could not exist as a “smug hermit kingdom”.

Michael Plank, a COVID-19 modeller at the University of Canterbury who has advised the New Zealand government, told Al Jazeera that while there was frustration in the tourism sector, most New Zealanders supported a cautious approach to easing the border restrictions.

“We are still managing a transition away from our previous elimination strategy, through an ongoing vaccine rollout, towards more ‘COVID normal’,” Plank said. “Many parts of New Zealand still remain COVID free. This won’t last forever, but it is worth preserving in the short term because we are still vaccinating.”

“We also need to keep an eye out for possible new variants of concern,” Plank added. “Border measures could be a key tool for protecting against a potential new variant that can evade the vaccine.”

For businesses dependent on tourism, New Zealand’s isolation has already gone on too long. While Haka Tourism was able to sell a number of properties to stay afloat, Lawrence believes many businesses will not survive much longer.

“The last four months, if it has taught me anything, is they change their mind every other week,” she said.

“We’re using the same methods and the same tools we had in March 2020 and we’re failing to adapt and change as COVID adapts and changes. I don’t think that’s anything to be proud of.” 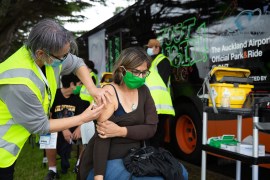 Vaccine mandate comes as New Zealand struggles to quell an outbreak driven by the Delta variant. 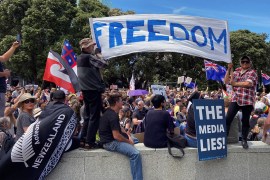 Parliament entrances closed and police out in force as mostly unmasked protesters rally against vaccine mandates. 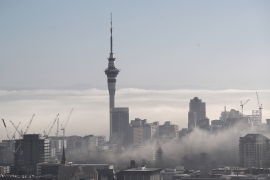 New Zealand to stay closed to visitors until April 2022

New Zealanders and residents from most countries will be allowed quarantine-free entry from February 13. 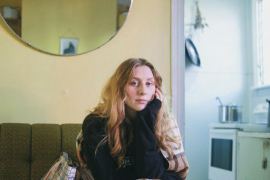 New Zealand: The struggle to find a ‘decent home’