The move on Tuesday was done in coordination with other major energy-consuming nations, including China, India, the United Kingdom, Japan and South Korea, the White House said.

“This coordinated action will help us deal with the lack of supply, which in turn helps ease prices,” President Biden said in remarks at the White House on Tuesday.

“Today, we’re launching a major effort to moderate the price of oil, an effort that will span the globe in its reach and ultimately reach your corner gas station, God willing,” Biden said.

“Before long, you should see the price of gas drop,” the president said.

A senior administration official told reporters the releases would start in mid to late December, and that further intervention was possible to steady the market as the US government continues to respond to a “once-in-a-century pandemic”.

“As the president has said, consumers are facing pain at the pump right now,” the official said.

While aimed at global energy markets, the release of the oil also has political implications as US voters prepare to cope with higher inflation and rising prices ahead of US Thanksgiving and winter holiday travel.

Petrol prices are at about $3.40 a gallon, more than double their price a year ago, according to the American Automobile Association.

Meanwhile, Biden has scrambled to reshape much of his economic agenda around the issue of inflation, saying that his recently passed $1 trillion infrastructure package will reduce price pressures by making it more efficient and cheaper to transport goods.

Republican legislators have criticised the administration’s approach, saying it is responsible for inflation hitting a 31-year high in October.

Senate Republican leader Mitch McConnell tore into the administration over inflation in a floor speech last week, saying the victims of higher prices were middle-class US citizens.

“The three biggest drivers of the staggering 6.2 percent inflation rate we logged last month were housing, transportation and food,” he said. “Those aren’t luxuries, they’re essentials, and they take up a much bigger share of families’ budgets from the middle class on down.”

Delegates from the Organization of the Petroleum Exporting Countries (OPEC) had previously warned the organisation, which is composed of major oil-producing countries, may have to adjust current plans to boost production if the US goes ahead with releasing the reserves, saying the move is unjustified.

The US Strategic Petroleum Reserve, started in 1975, is an emergency stockpile to preserve access to oil in case of natural disasters, national security issues and other events.

It is the largest known emergency oil reserve in the world and is maintained by the Energy Department. The reserves are stored in caverns created in salt domes along the Texas and Louisiana Gulf Coasts.

The Biden administration has argued that the supply of oil has not kept pace with demand as the global economy emerged from the pandemic, and the reserve is the right tool to help ease the problem.

“As we come out of an unprecedented global economic shutdown, oil supply has not kept up with demand, forcing working families and businesses to pay the price,” Energy Secretary Jennifer Granholm said in a statement on Tuesday. “This action underscores the president’s commitment to using the tools available to bring down costs for working families and to continue our economic recovery.”

The decision comes after weeks of diplomatic negotiations.

The US Department of Energy will make the oil available in two ways: 32 million barrels will be released in the next few months and will be returned to the reserve in the years ahead, the White House said.

Another 18 million barrels will be part of a sale of oil that Congress had previously authorised. 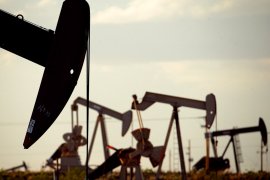 Speculation is mounting that a coordinated release of oil reserves is on the way to combat accelerating inflation. 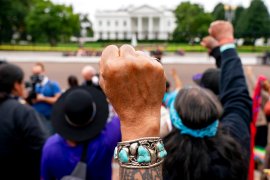 Biden set to unveil billions of dollars in new infrastructure and social and public safety programmes for US tribes.

The US is seeking a coordinated release of crude stockpiles to lower global energy prices.