Theranos founder Elizabeth Holmes arrived at United States federal court to take the stand in her own defence for a third day on Tuesday in her trial on fraud charges tied to the startup that once promised to revolutionise blood testing.

The full trial day is scheduled to be the longest stretch of testimony so far for Holmes, 37, who has spent about two-and-a-half hours on the stand discussing Theranos’s technology and its positive performance in early studies.

Around 50 journalists and spectators gathered in the early morning at the courthouse in San Jose, California, on Tuesday to hear Holmes testify.

She stands accused of lying about Theranos, which had touted technology that could run diagnostic tests faster and more accurately than traditional lab testing with a drop of blood from a finger prick.

Once valued at $9bn, Theranos collapsed after The Wall Street Journal published a series of articles starting in 2015 that suggested its devices were flawed and inaccurate.

Holmes’s decision to testify is risky, as it exposes her to a potentially tough cross-examination by prosecutors.

The trial has shone a spotlight on Silicon Valley startups, which often attract high valuations based on promises of future success rather than actual revenue and profit streams.

At the beginning of the trial, Holmes’s lawyer told the jury that Holmes was a hardworking entrepreneur and that the failure of her business was not a crime.

Over the two-month trial, jurors have heard testimony from more than two dozen prosecution witnesses, including patients and investors who prosecutors say Holmes deceived. 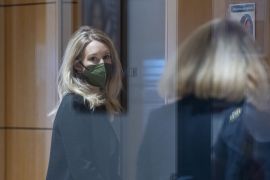 Elizabeth Holmes testifies in her own US criminal fraud trial

The Theranos founder made the surprise decision to testify in her own defense late Friday in a high-stakes gambit. 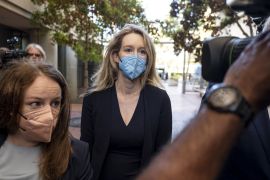 As Holmes begins to present her defence, it is uncertain whether she will testify on her own behalf. 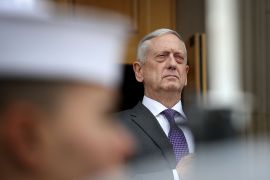 Theranos founder Elizabeth Holmes faces 20 years in prison after being charged with lying to investors and patients. 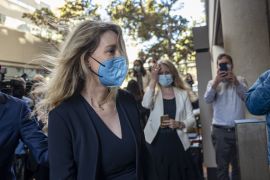 Mexican cannabis, Elizabeth Holmes on trial and a shredded Banksy