Celia Ouellette is the founder and CEO of the Responsible Business Initiative for Justice (RBIJ), an organisation fighting to abolish the death penalty in the United States.

Ahead of World Day to Abolish the Death Penalty on October 10, RBIJ is unveiling the latest batch of over 150 signatories to its Business Leaders’ Declaration Against the Death Penalty. Launched in May, the declaration has seen rock-star CEOs like Virgin’s Richard Branson, HuffPost’s Arianna Huffington, Galaxy Digital’s Mike Novogratz and more vow to use their private-sector power to influence US lawmakers.

Ouellette, who is criss-crossing the country in a drive to abolish capital punishment, has worked in criminal justice reform since 2006. As a criminal defence lawyer advocating for prisoners and negotiating plea deals for those on death row, she says she’s had difficult conversations with clients facing very “crappy” options.

Al Jazeera’s Senior Business Producer Radmilla Suleymanova first spoke with Ouelette back in May. She recently caught up with the activist, who was on the road in Columbus, Ohio, to find out what it’s like working with Branson, why the death penalty is becoming a conservative cause and how there is a dirty underbelly to capital punishment.

Radmilla Suleymanova: What’s new? Why are you in Columbus, Ohio?

RS: That’s interesting. How did abolition of the death penalty become a conservative cause?

RS: How is it working with Richard Branson?

CO: It’s interesting because somebody like Richard Branson, you know he’s sort of this famously hippie-like CEO, but actually, I think he has that overlap with a lot of the more conservative libertarian-leaning business leaders. They meet on things like the death penalty, criminal justice reform, even drug policy – on what the scope of government reach should be. Richard’s personally done a lot of work on this campaign. He’s not just kind of a nominal figurehead. He’s put a lot of time into talking to people, calling people, telling them about the campaign. He genuinely has his heart in this.

RS: What’s next for RBIJ in the coming year?

CO: I would love to return in 2022 on the 10th of October with 250 businesses or 300 business leaders signed on. And what we’re going to do at the request of the business leaders is shift to supporting them and getting involved in campaigns in America and around the world. I think that [US] President [Joe] Biden will be hearing from business leaders about why he should clear the federal death row rather than just impose a moratorium during his tenure as president.

RS: What’s the process of working with the businesses like?

CO: We sign them up to the declaration and then we have a conversation with each of them one on one, asking them what is it that you want to do, where do you see your role playing out – whether it’s more press, using your voice on media platforms, or getting involved behind the scenes and using that leverage and social capital.

RS: And how is that making a difference on the ground, exactly?

CO: Well, in addition to victim voices, conservative voices, faith leaders, [and] leaders of communities of colour, we’re getting to a place where legislators considering abolition bills are having to weigh the fact that executions are not good for business.

RS: Is business really putting its money where its mouth is?

CO: Are businesses going to pull out of investment in states, for example, if they use executions and are they going to prioritise states that don’t use executions? To be honest, leaders do want to know which states are the worst offenders in terms of where executions are happening.

Of course, businesses are going to still see their responsibility to those that they employ. But they are going to use their political pressure. They’re saying, “If we can lobby for ourselves, for our own interest then we ought to be lobbying for good.” I wouldn’t rule out companies making big moves. Investment firms and fund managers are interested in talking to us right now about how to move capital flows in a way that is restorative and not harmful.

RS: How could it be harmful?

CO: It’s tricky because the states that are using executions the most and sentencing people to death are the ones that have the longest history with lynchings and marginalising communities of colour. So you can’t penalise individual communities; you must focus the pressure on government leaders that can create change. It can’t just be pressure on a business to pull out of investment or choose to move somewhere else. I don’t think that alone is the measure of success. It’s a question that we get asked a lot, and the answer is it’s more complicated than just refusing to invest in a particular place.

RS: What’s been the biggest lesson in the first roll-out of the campaign back in May?

CO: I think we learned that if you create the platform for businesses to be involved, they will come in droves. The appetite for being meaningfully involved in social and racial justice issues is huge. And if you provide a clear pathway to do that in a way that’s authentic, it’s like pushing on open doors.

But we also learned that as a non-profit organisation, we are confined by the capacity of our fundraising ability. So if you shoot for the moon you might catch it, but you also need a staff of 100 coordinating the efforts. I’ve been working on death penalty cases in some of the hardest parts of America, so this is a wonderful problem to have.

RS: What do you remember most from that time?

CO: I remember talking to one of my clients and him just being like, “Why are my options so crappy?” He’d been facing the death penalty. He was the lookout guy on a drug deal gone bad being charged with capital murder under a felony murder rule.

RS: What were his options?

CO: We’d negotiated a 20-year term plea deal for him, which honestly is the best that I’ve ever done on a death penalty case in my career. This is the dirty underbelly of the death penalty. We hear about people on death row, we hear about people exonerated, but what we don’t capture is the thousands of young Black men that get indicted on death charges, and end up pleading.

CO: When you’re a defence lawyer and you’ve sat with a client, and the roll-of-the-dice option is that they get executed, it’s a whole different conversation. It’s hard to underestimate how much of a pump to mass incarceration the death penalty is in America. You’re just putting people into prison for their whole lives because you’re indicting them on a capital murder charge. So from the outset, if they go to trial, the death penalty is on the table. 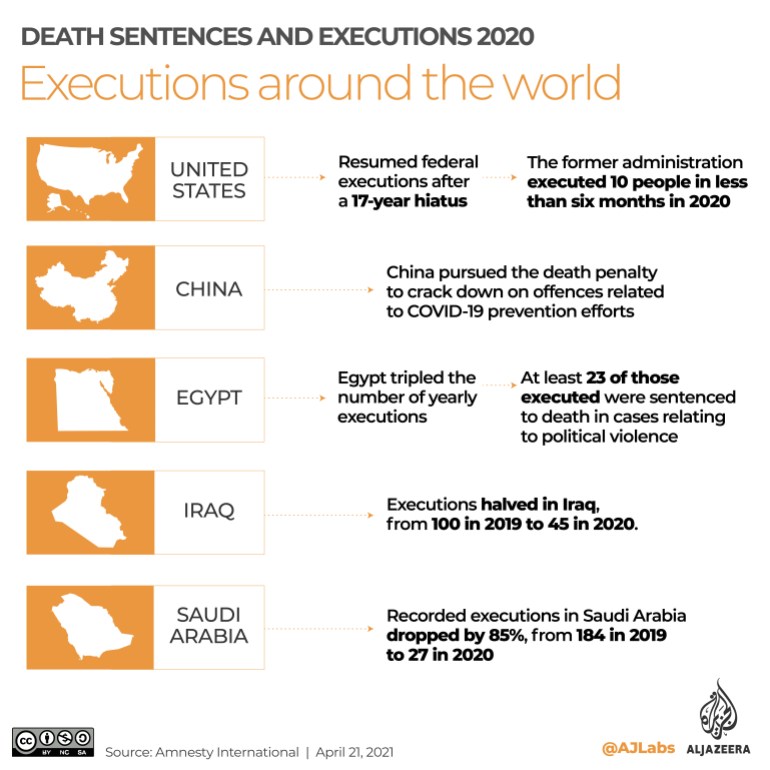 RS: Are all the people facing the death penalty convicted of murder?

CO: In America, you can only get the death penalty for a homicide, but under the felony murder rule, if there’s a crime that takes place as a felony, like a robbery, and somebody gets killed during that robbery, it doesn’t matter if you did not intend to kill, attempt to kill anyone, carried the weapon or even know that somebody had a murder weapon at the scene, everybody involved in that felony is eligible for the death penalty.

RS: Do you see that changing?

CO: To me, it feels inevitable that the death penalty will be over in the US. I mean we’ve had nearly a state a year for the last 15 years. Virginia was a big win. Virginia is the first southern state to abolish it. It has the bloodiest history.

RS: What’s been a big personal moment for you?

OC: I think for me it’s all for that moment that I talk to my clients and they’re like “Why are my options so crappy?” and I say, “I’m sorry I can’t do anything about it” and now it’s like no, actually I can do something about it. And that day when all those emails saying Arianna Huffington is in, Sheryl Sandberg (of Facebook) is in, that’s the day where I was like, oh my gosh, I’m doing something, this is happening. We’ve got 150 of the most visible names in business saying, we’re not kicking the can down the road, we’re not avoiding the issue. And you want to get back to that client and be like, I did a thing to make the 2.0 version of your options less crappy.