The top court’s bench of three judges headed by Chief Justice NV Ramana said in its order on Wednesday that the possible violation of citizens’ right to privacy and free speech compelled it to seek out the truth in the matter. The government cannot always get a “free pass” by using the argument of national security, the order added.

During earlier hearings, the government’s lawyer Tushar Mehta denied any illegal surveillance and said any software used to “combat terrorism” cannot be named in public. The government offered to form its own panel of experts “to dispel wrong narrative”. The court on Wednesday refused the request.

The ruling is a setback for the Modi government, which had refused to make a statement on whether the spyware, made by Israeli company NSO Group Ltd, was used on common citizens or not. If the investigation were to reveal spying on the part of the government, it could likely dent Modi’s popularity ahead of crucial state polls next year.

The court said the panel — which will be headed by a former judge of the Supreme Court — will report back with its findings after eight weeks. However, the court refrained from asking the government to give a statement on its likely use of the spyware or giving the investigating team a firm deadline.

The court named experts on cybersecurity and criminal investigations to be included in the panel, and said they can seek assistance from other technical experts as well.

The order said the scope of the panel’s work will include finding whether the government or its agencies acquired the Pegasus spyware and if it was used on Indian citizens to access their stored data or to eavesdrop on conversations.

The panel will also make recommendations on enacting laws and procedures to enhance the protection of citizens’ right to privacy, and a mechanism to raise grievances on suspicion of illegal surveillance.

The court’s order follows petitions by activists, lawyers, politicians and journalists after an international investigation by a group of news organisations published in July reported that 37 heads of state, reporters, human rights activists and businessmen had been hacked with the spyware.

NSO Group has said it sold the software only to trusted governments. News reports on the investigation said several Indian politicians, journalists, activists, lawyers and judges were on the list of people surveilled.

Pegasus can hack into mobile phones through a link and secretly record emails, calls and text messages. In some cases, it can activate itself without the victim clicking on the link, according to The Washington Post, one of the news organisations involved in the investigation. 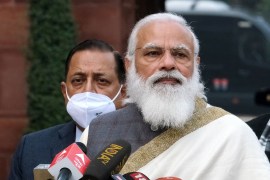 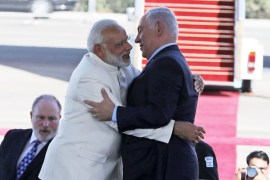 Under Modi’s leadership, the strategic, military, and ideological ties between Israel and India are growing stronger. 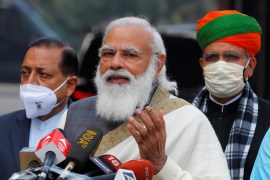 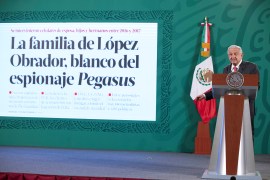