The planned Starlab station from Nanoracks will serve government and private customers. It’s at least the third such project announced to date, following commercial station plans by Axiom Space Inc. and Sierra Space.

The U.S. government wants to be one of multiple customers for orbital research space and has begun a Commercial Low-Earth Orbit Destination, or CLD, program to support development of private stations. NASA wants to have provisions for at least two astronauts to live and work in orbit continuously and to have a station ready when the International Space Station is retired, which is expected to be sometime between 2028 and 2030.

Starlab will begin initial operations in 2027, Houston-based Nanoracks said Thursday in a statement. The space station will be able to host as many as four astronauts continuously. Lockheed Martin Corp. will construct and operate Starlab while closely held Voyager Space will oversee financing and capital investment.

The growth of such private stations — and the potential rise of new real estate developments in low-Earth orbit such as tourist hotels, astronaut training centers, and other industrial research facilities — is likely to require hefty government subsidies, especially in their early years, Nanoracks Chief Executive Officer Jeffrey Manber said Wednesday.

Axiom has won permission from the National Aeronautics and Space Administration to begin its project attached to the ISS and to later separate to become a free-flying platform. The company plans to launch its first station component in 2024. Sierra Space has developed a full-scale inflatable habitat concept that it’s been pitching for NASA’s use.

Nanoracks expects that its existing customer base will be eager to use Starlab, especially as launch costs continue to decline, Manber said. The company has hosted more than 1,000 research payloads with the private hardware it operates aboard the ISS, for more than 30 countries.

Starlab is expected to be 56 feet (17 meters) long, including its core inflatable habitat, which is about 26 feet in diameter.

“We’ll never have another ISS,” Manber said, predicting a coming era when multiple space platforms serve an array of niche uses. “Who in the heck wants to go on their honeymoon and be next to six research scientists?” 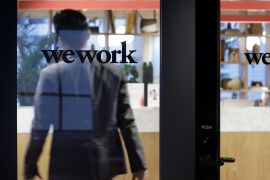 WeWork started trading on the NYSE on Thursday after forging a deal with a special purposes acquisition company. 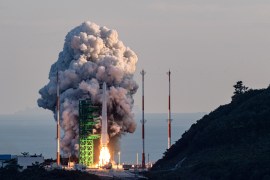 The three-stage NURI, which has been in development for 10 years, lifts off from Goheung site. 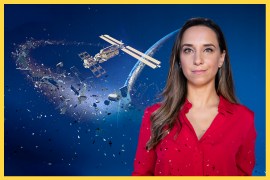 How space became a junkyard and why it matters. 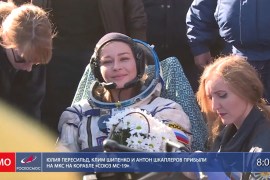