More than 64 million American retirees collecting benefits will receive the increased payments starting in January to compensate for the rise in the cost of living, the administration said.

The higher monthly payments come as consumer prices in the U.S. continue to rise steadily. Prices paid by U.S. consumers rose 5.4% in September from a year earlier, the largest annual gain since 2008. The CPI for urban wage earners and clerical workers, used to calculate cost-of-living adjustments, rose 5.9% from a year earlier. 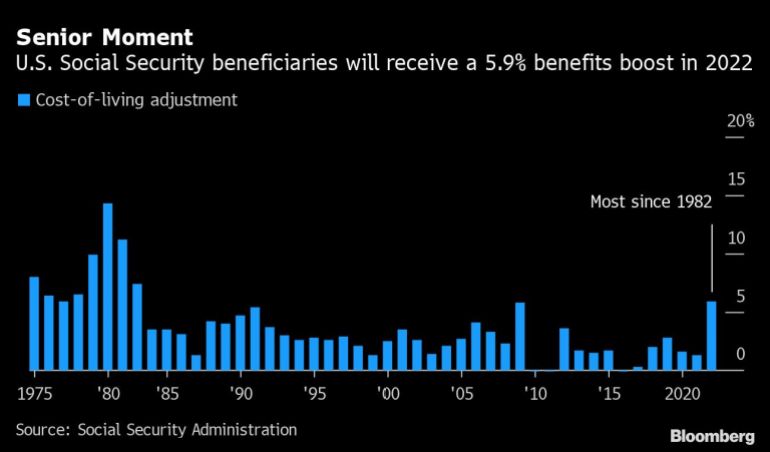 “While this increase will help current beneficiaries weather today’s inflation, we must remember that seniors’ long-term retirement security depends on lawmakers’ willingness to act now to shore up Social Security’s finances to avoid a potential across the board reduction in benefits if the trust funds become depleted,” Jason Fichtner, chief economist at the Bipartisan Policy Center, said in a note.

The higher cost-of-living payments could deplete the program’s trust fund a year earlier than projected, according to an October report from the Committee for a Responsible Federal Budget.

–With assistance from Alex Tanzi.