A Lebanese prosecutor charged central bank Governor Riad Salameh with dereliction of duty and breach of trust over the alleged misuse millions of dollars provided by the regulator last year.

Judge Ghada Aoun has been investigating claims that dollars provided by the central bank via an electronic trading platform to help people pay for essential needs and expenses were sold on the black market, where they’d fetch a higher price.

Between $5 million to $7 million were squandered from June through December, Aoun told Bloomberg. Thirty-seven financial institutions including money exchange bureaus profited from such transactions, she said.

Salameh did not immediately respond to an emailed request for comment.

Aoun referred the case to an investigative judge to pursue it. Salameh, who’s headed the Banque du Liban since 1993, is also entangled in a separate Swiss investigation into possible embezzlement from the Lebanese central bank.

The Swiss didn’t identify the target of their money-laundering probe, but Lebanon’s Al Akhbar newspaper reported an alleged transfer of some $400 million linked to Salameh.

The governor has denied wrongdoing in the Swiss case.

The head of the central bank enjoys immunity from legal prosecution under Lebanese law. A judge needs the approval of the government before pursuing a case as actions against the governor risk monetary stability.

Faced with its worst financial crisis in decades, Lebanon’s currency has come undone, reaching around 8,800 pounds per dollar on the black market.

The central bank continues to subsidize fuel and wheat at the official exchange rate of 1,500 per dollar. The subsidized rate that applied to the electronic platform was 3,900. 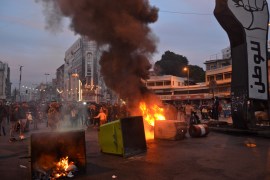 Lebanese Red Cross said 45 injured during the protests against the lockdown that has worsened the economic crisis. 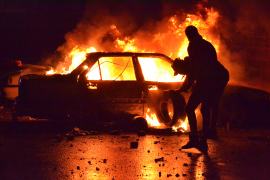 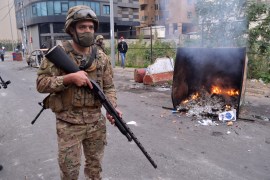 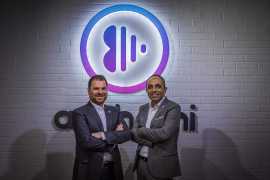 Decision to shift base from Beirut to Abu Dhabi a ‘no brainer’, firm says, as Lebanon struggles to tackle economic woes.