Beirut, Lebanon – Lebanon’s central bank chief Riad Salameh was questioned by a Lebanese prosecutor on Thursday after Swiss authorities asked Lebanon to comply with a money-laundering investigation concerning Salameh and the bank he has led for 27 years.

During the meeting, Lebanese Public Prosecutor Ghassan Oueidat told Salameh the Swiss had made a request to question him either in Switzerland or at the Swiss embassy in Beirut, a senior judicial source told Al Jazeera. Salameh said he would face questioning in Switzerland, the source said.

The Swiss investigation centres on multimillion-dollar transfers by Salameh, his brother Raja and an adviser, Marianna Al-Hoayek, according to Lebanese officials. Reports in local media and information from judicial sources suggest the amount in question is roughly $400m.

The Swiss public prosecutor’s office has not said whether Salameh is a suspect, but confirmed on Wednesday that it opened an investigation into “aggravated money laundering” and potential embezzlement at Lebanon’s central bank.

After Thursday’s hearing, Salameh said in a statement that no transfers were made from the central bank, officially named the Banque du Liban (BDL), nor from its budgets. He stated that he is ready to answer more questions.

He also reiterated that he reserved the right to prosecute all those who spread “malicious rumours and insults that target me personally and harm Lebanon’s financial reputation”.

A second judicial source with knowledge of the hearing told Al Jazeera that Salameh had informed the prosecutor he established a company in Switzerland with his brother Raja some 20 years ago and had made transfers to that company since 2002, amounting to a total of around $240m, rather than the $400m reported.

The judicial source said that the public prosecutor will ask BDL for more information on the transfers, including documents that show their value and date.

Once regarded as a pillar of stability in crisis-prone Lebanon, Salameh has a reputation that has been tarnished by the country’s unprecedented financial crisis, which began in late 2019.

Since then, the Lebanese pound has lost more than 80 percent of its value against the US dollar and more than half the population has fallen into poverty in what the World Bank describes as a “deliberate depression” due to the inaction and failed policies of political and financial authorities. 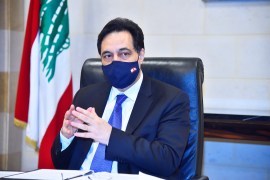 A looming end to subsidies in Lebanon has triggered UN warnings of ‘social catastrophe’. 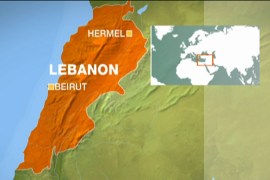 The Lebanese Red Cross said it dispatched rescue teams to the warehouse where there was an explosion of gas canisters. 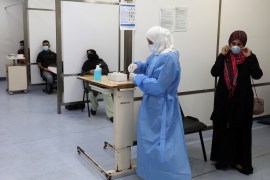 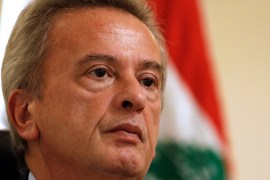 The investigation is the latest blow of confidence to Lebanon’s crippled financial system.