South Korea’s unemployment rate surged to an 11-year high in December, while the number of people in work plunged at the fastest rate in more than 20 years, as stringent COVID-19 curbs at home intensified pressure on businesses.

The seasonally adjusted unemployment rate – which takes into account holidays, calendar variations and the weather among other factors – jumped to 4.6 percent in the final month of 2020, up from 4.1 percent in November and the worst since January 2010.

For 2020 as a whole, it stood at 4 percent, the highest since 2001, data from Statistics Korea showed on Wednesday.

The data also showed the number of employed was 26.5 million in December, 628,000 fewer than a year earlier, marking the 10th straight monthly drop and the worst downturn since February 1999.

Breakdowns showed workers at retailers, accommodation facilities and restaurants were the hardest hit last month, as the numbers of new jobs fell 511,000 from a year earlier.

Those at manufacturers also took a big hit with the number of new jobs falling 110,000 year-on-year.

South Korea raised its social distancing measures for the metropolitan Seoul area enforcing a ban on gatherings of more than 50 people and shutting most businesses including restaurants by 9 pm, on December 8.

Curtailed hours for most shops and the shutdown of karaoke parlours and other businesses where the spread of disease is more likely to have hurt workers in the service sector, especially during the holiday season.

The daily virus cases surged to a record level in late December, leading to more new restrictions, but that has slowed in recent days, thanks to the nation’s aggressive tracing and testing system.

Asia’s fourth-largest economy is set to shrink in 2020, the first contraction in 22 years, even as the government rolled out about 310 trillion won ($283.28bn) worth of stimulus last year. Preliminary 2020 gross domestic product (GDP) data will be released later this month by the Bank of Korea (BOK).

The worst job losses since the late 1990s’ Asian financial crisis could spur more calls for the BOK to put increased emphasis on employment in setting monetary policy. The BOK is expected to hold rates at a record low when it meets on Friday.

The deteriorating labour market also adds pressure on the government and lawmakers to come up with more ways to shore up the economy.

Finance Minister Hong Nam-ki, in a statement, said difficulties in the labour market are likely to persist through February and pledged to do more to combat it.

Moon’s administration already plans to give 4.6 trillion won ($4.2bn) in cash handouts to millions of South Koreans before next month’s Lunar New Year holiday and front-load fiscal spending in the first half of the year. 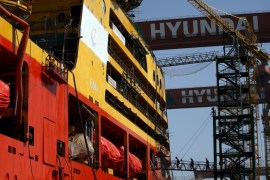 South Korea enters recession as exports plunge by most since 1963

Economic output may have already bottomed out, but the recovery is unlikely to be swift, some analysts say. 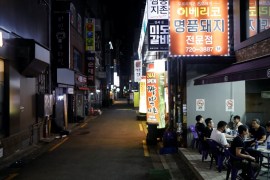 The business of going out of business booms in South Korea

Liquidation services are seeing a surge in activity as the coronavirus forces shops and restaurants to close down. 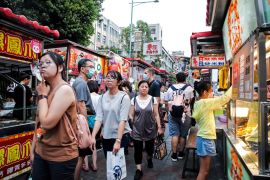 Some of region’s top economies, which count China as their biggest export market, to report GDP figures in coming days. 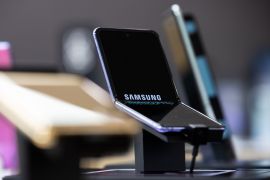