Mexico City, Mexico – “We should be very proud of Mexico’s fame and grandeur,” President Andres Manuel Lopez Obrador told Mexicans on Tuesday during his daily television address. He was explaining how he stood by his “Mexico First” ideology in the face of strong pressure from the world’s leading oil producers. He described his victory as “something extraordinary.” For most of the day, signs of support and pride for the president, best known as AMLO, were trending on social media.

“Critics made fools of themselves […] demanding AMLO kneel down to foreign powers, only to have the US absorb that reduction 12 hours later and put an end to it,” wrote Jorge Orpinel, an AMLO supporter on Facebook.

For three days, Mexico stalled a historic deal to stabilise global oil prices by refusing to agree to a request by the Organization of Petroleum Producing Countries and their allies (OPEC +) that it slash oil production by 350,000 barrels per day (bpd). In the end, the tactic paid off; with help from US President Donald Trump, the Latin American nation won concessions to cut only 100,000 bpd. However, the cost of AMLO’s apparent victory, say analysts, may be an undisclosed favour to the United States.

When I heard about this deal, it gave me the creeps.

by Lourdes Melgar, a former Undersecretary of Energy in Mexico.

A coronavirus-driven drop in global fuel consumption, coupled with an oversupply of oil compounded by a battle for market share between Russia and Saudi Arabia, lowered oil prices to levels not seen in 18 years. To remedy the price drop, OPEC+ wanted all of its members to slash their output by 23 percent, which for Mexico would have been 400,000 bpd, but AMLO’s team said no.

To understand why the Mexican president held his stance, consider his presidential campaign. He rose to victory on an economic plan to uplift the working classes and protect them against so-called elites at home and abroad. A crucial part of that plan is reducing Mexican reliance on foreign fuel, which he argues can be achieved by protecting and growing his country’s state-owned oil company, Pemex.

Mexico is among the globe’s top 13 oil producers, according to the World Factbook and Pemex is one of the world’s largest oil companies. But poor management and corruption have saddled the company with $100bn of debt. The situation is so dire that Pemex’s credit ratings have been dropping since AMLO took office. Standard & Poor’s downgraded not just the country’s sovereign debt but also Pemex’s, making foreign investors even more hesitant to invest in Mexico.

Cutting production with the already weakened company could have been considered a blow to Pemex. So in this light, it is easy to see how Mexico’s hard bargaining with OPEC+ members was in line with AMLO’s rhetoric about boosting Pemex’s production. 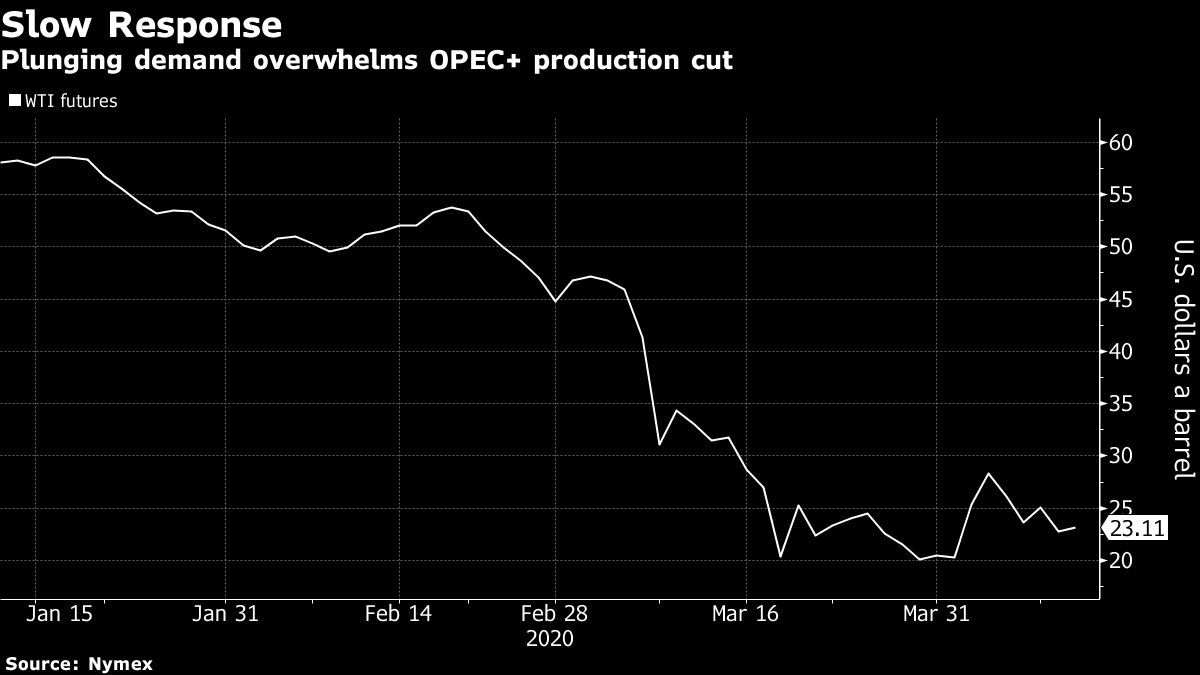 Data from Mexico’s Finance Ministry shows the oil sector generated about 17 percent of government revenue in January. Before the coronavirus pandemic reduced economic activity in Mexico, petroleum consumption was expected to increase by 40 percent between 2015 and 2029, according to the Wilson Center a non-partisan think-tank.

Despite being highly controversial, AMLO is moving forward with plans to build a refinery in his home state, Tabasco, to meet projected demand. He argues focusing on protecting and growing the state’s oil company is a good strategy to create jobs and boost the Latin American country’s economy.

To insulate it from drops in the price of oil and, therefore, government revenue, Mexico has a pool of investments it uses to fill the gap between projected oil revenue and actual sales, a so-called “hedge”. Analysts say the strength of that hedge emboldened Mexico during OPEC+ negotiations.

“The hedge was Mexico’s secret card, and they played it,” Isabelle Rousseau, head of the Energy Programme at Colegio de Mexico, told Al Jazeera.

While no one precisely knows how much the hedge covers, Ramses Pech, an energy analyst and consultant, told Al Jazeera the hedge might be able to cover between 40 to 50 percent of oil losses for several months, but it would eventually run out. So at best, it was only buying AMLO time. A former Pemex finance officer who requested anonymity confirmed this to Al Jazeera.

Trump was AMLO’s unlikely ally on this deal, offering a small cut on US oil production to make up for Mexico’s refusal to proportionately reduce its output by as much as other OPEC+ members. In this way, the US not only helped save the historic deal, but it also helped AMLO save face.

“I agreed to pick up some of the slack,” Trump told reporters after securing the deal. The US leader also added that Mexico agreed to “make up what we are doing [for them] at a later date.”

Because of Trump’s intervention OPEC+ accepted the US-Mexico combined offer and was able to move forward with a 9.7 million bpd production cut for the period of May through June. The record deal amounts to nearly 10 percent of global supply.

Neither Trump or AMLO revealed the details of their arrangement but analysts believe it may make Mexico vulnerable to US interests.

“When I heard about this deal, it gave me the creeps,” said Lourdes Melgar, a former under-secretary of energy in Mexico. “We Mexicans, our senate, our institutions, need to know what was the nature of this deal,” she told Al Jazeera.

Melgar believes Mexico will likely end up paying for the extra oil reduction the US made on its behalf, not with money but rather by giving up on immigration and other contentious issues.

“Here’s the catch: while Mexico might not be paying OPEC for it, it will be paying the United States,” Colegio de Mexico’s Rousseau told Al Jazeera. “Mexico will become a free-rider on this deal.”

AMLO dismissed his critics and their fears, saying his “relationship with President Trump is good; it’s a friendship.” On Tuesday morning, when reporters questioned him about the alleged secrecy surrounding the deal AMLO flatly denied it. “There wasn’t, like some adversaries have said, any secret deal or compromises. Nothing like that.”

Fluvio Ruiz Alarcon, a former Pemex adviser who later helped shape AMLO’s campaign oil programme, told Al Jazeera he worries the US-Mexico side deal could put the Latin American country at odds with OPEC+ members. “Now we’re on OPEC’s wrong side and depending on Trump!” he told Al Jazeera.