Cryptocurrency investors are learning a hard lesson about the downside of leverage during the global rout across asset classes.

With prices down more than 15% since March 6, thousands of traders have been facing liquidations on BitMex, the world’s largest Bitcoin derivatives exchange. On Sunday, the Seychelles-registered trading platform had the most Bitcoin-related liquidations in three months, according to crypto derivatives tracker Skew.

More than $190 million has been liquidated on the exchange in the last 24 hours, according to TokenAnalyst.io. BitMex offers as much as 100 times leverage on futures contracts, and when trades go bad, users are at risk of facing margin calls on what’s borrowed that can end up leading to the liquidation of their position. Because of the high level of leverage, actual losses likely reached $22 million, according to Nic Carter, who runs researcher Coin Metrics. 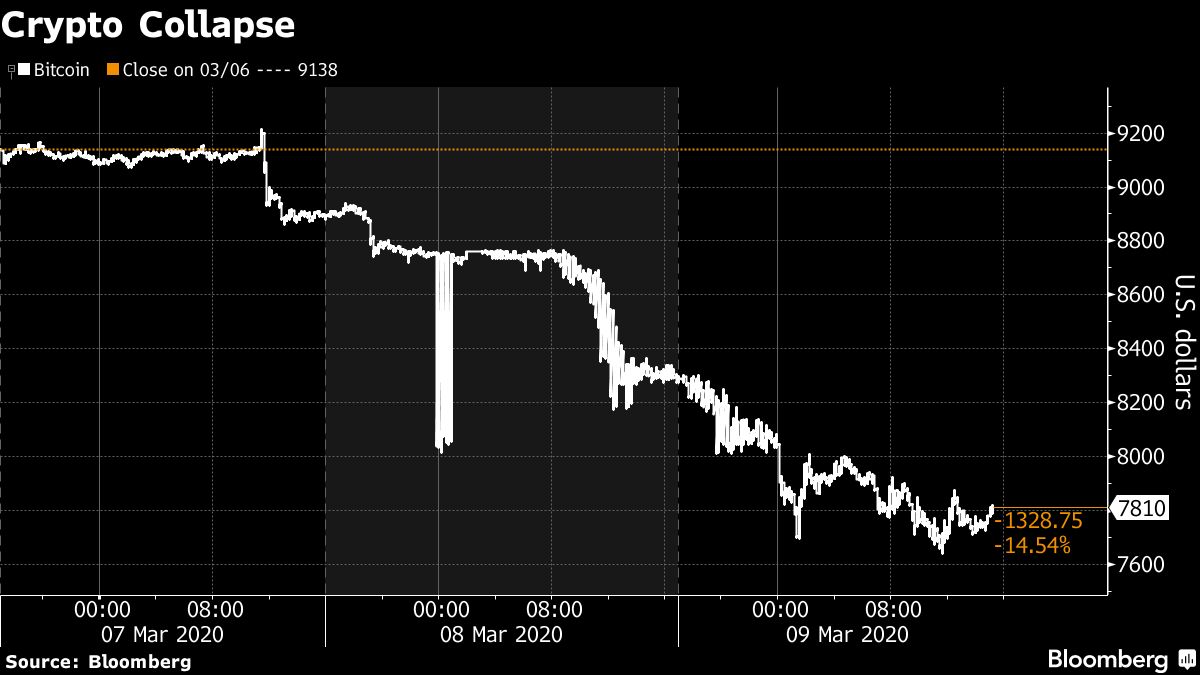 Spokesperson for Bitmex didn’t immediately respond to a request for comment.

In recent months, Bitcoin has had periods when it’s traded in tandem with equities — partly the result of funds that invest in both sectors adjusting their holdings.

“This is important and it also goes to show how institutionalized crypto market has become, and it also suggests that liquidity crunch in one market may have a contagion impact on other markets,” said Denis Vinokurov, head of research at Bequant, a London-based digital asset firm. “A liquidity event in equities will likely translate into worsening liquidity conditions in crypto because market participants will be forced to adjust their portfolios and deal with margin calls, alternative assets are unlikely to be prioritized.”