Canada can now put a price tag on its bitter diplomatic feud with China.

Exports to the Asian powerhouse plunged C$4.6 billion ($3.5 billion), or 16%, to C$24.4 billion last year, according to data released Wednesday by Statistics Canada. That’s the first decline in shipments to China since 2014, and the largest drop in data going back to 1997.

Relations with China haven’t been this fraught in half a century. The dispute started with Canada’s arrest of a top Huawei Technologies Co. executive at the end of 2018 on a U.S. extradition request, and worsened after China locked up two Canadians on accusations of spying and halted billions of dollars of agricultural imports in the months that followed. 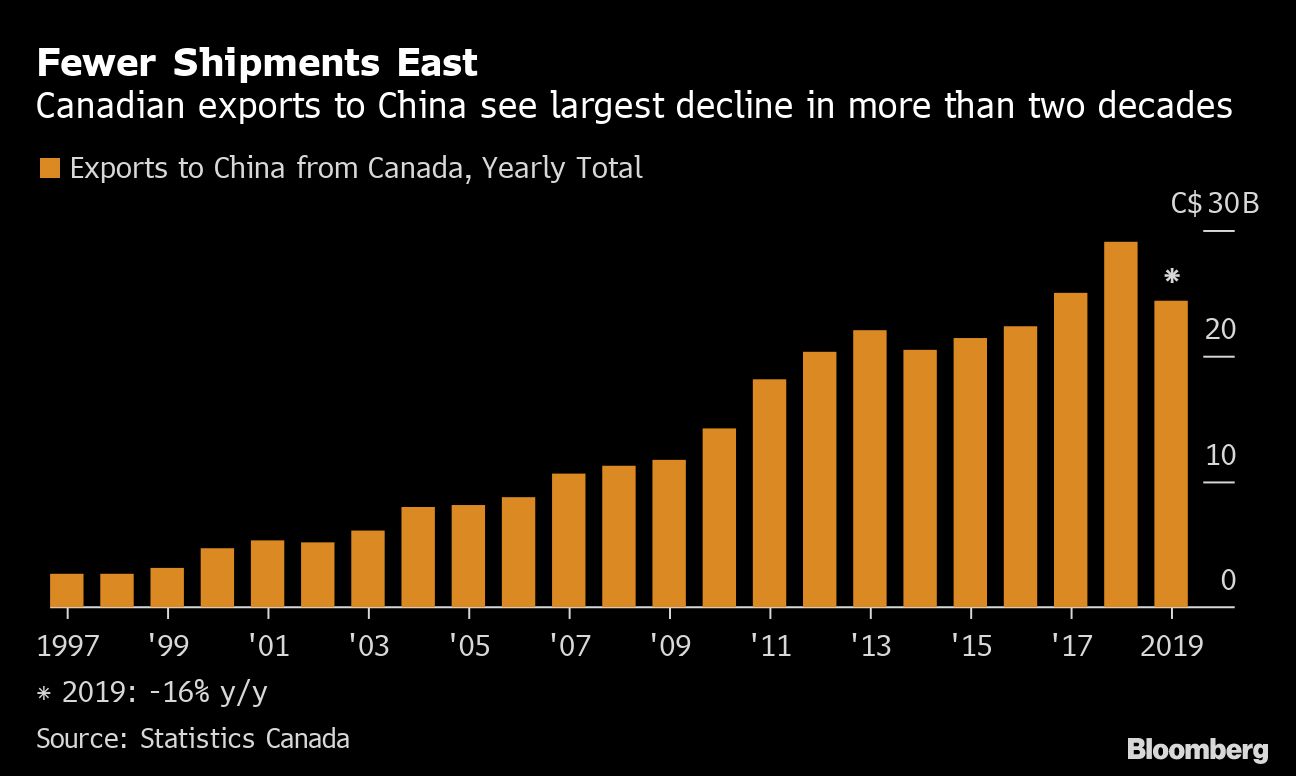 Last year’s export decline was led overwhelmingly by the drop in agricultural shipments, including canola, meat and other crops.

But even as shipments to the Asian nation fell, Canadian purchases of Chinese goods continued to grow. Imports from China were up 1% on the year.