Saudi Arabia and Kuwait authorized the restart of oil production at the Wafra field from Sunday, more than four years after they halted output at the shared deposit.

The decision was announced in an internal memorandum seen by Bloomberg News. Wafra has been shut since May 2015, due to a dispute over Saudi Arabia’s renewal of Chevron Corp.’s concession there.

Kuwait and Saudi Arabia have said a resumption would be unlikely to add significant amounts of oil to the market within the duration of the Organization of Petroleum Exporting Countries’ production cuts deal, which runs until the end of March.

Chevron, through its subsidiary Saudi Arabian Chevron Inc., “has now embarked on a series of pre-startup activity, which includes efforts to ensure its workforce is ready to safely restart operations and then production,” Sally Jones, a company spokeswoman, said in a statement.

The Saudi and Kuwait oil ministries could not be immediately reached. Saudi Aramco declined to comment. 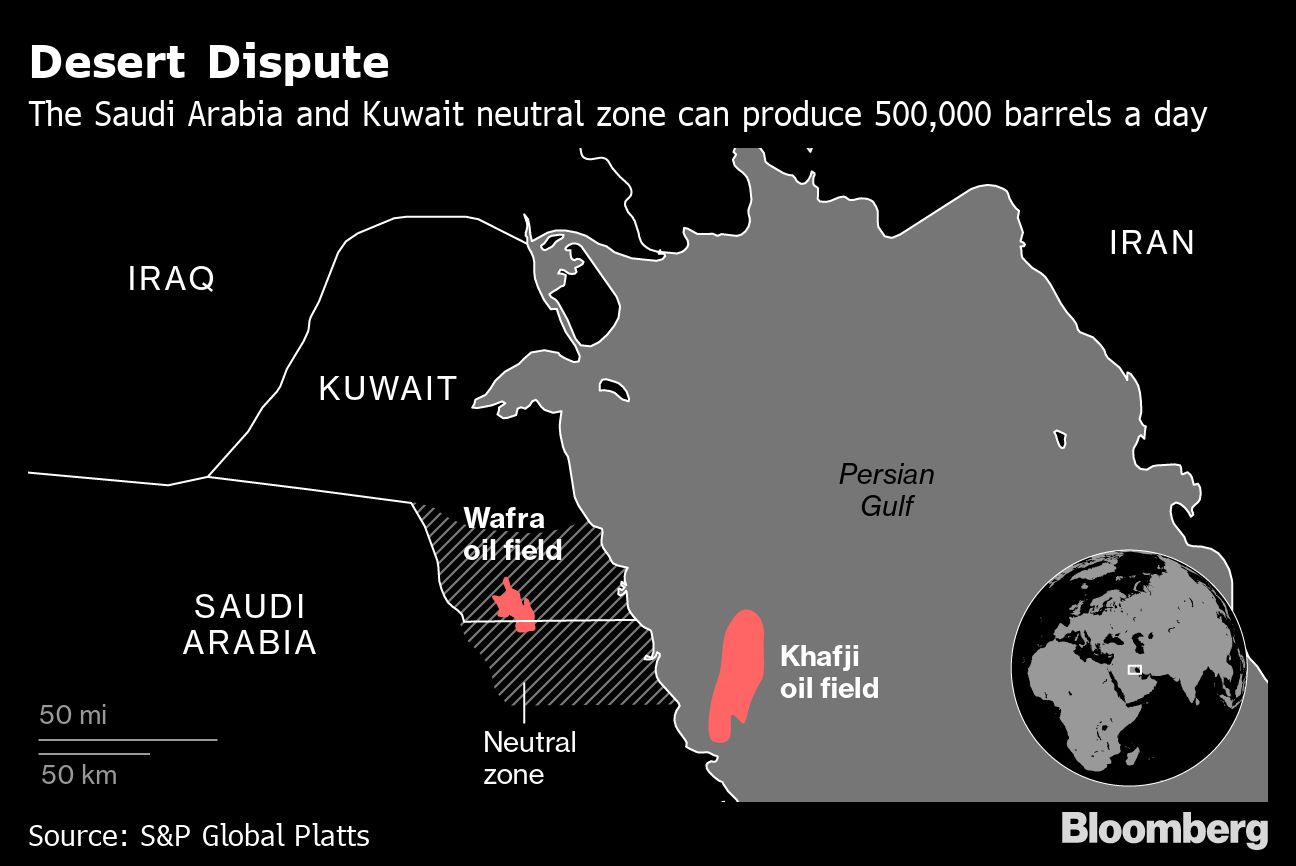 The two countries reached an agreement in December to resume production at the so-called Neutral Zone. The barren strip of desert straddling Saudi Arabia and Kuwait — a relic of the time when European powers drew implausible ruler-straight borders across the Middle East — can pump about 500,000 barrels a day — more than each of OPEC’s three smallest members pumped last month.

The neutral zone, spanning more then 5,700 square kilometers (2,200 square miles), was created by a 1922 treaty between Kuwait and the fledgling Kingdom of Saudi Arabia. In the 1970s, the two Gulf Arab monarchies agreed to divide the area and incorporate each half into their respective territory while still sharing and jointly managing the zone’s petroleum wealth. The region contains two main oil fields: the onshore Wafra and offshore Khafji.

Khafji was shut down in 2014 after a spat between the neighbors. The disagreement escalated over the Wafra field, when Saudi Arabia extended the original 60-year concession of the field, giving California-based Chevron, through Saudi Arabian Chevron Inc., rights there until 2039. Kuwait was furious over the announcement and claims Riyadh never consulted it about the extension.

Saudi Arabia and Kuwait have held a number of private meetings since 2015, at one point coming close to signing an agreement before pulling back at the last minute over wording in the final documents regarding contentious sovereignty issues. They entered a fresh phase of talks last year.

The fields are particularly important because U.S. sanctions on Iran and Venezuela have tightened the supply of heavy, high-sulfur crude — precisely the kind of oil that the neutral zone produces. U.S. diplomats had been pressing both sides to reach an agreement.