Five years ago, many investors and executives would have politely told Jill Atkins to buzz off.

Now they listen keenly when the British academic presents her work, known as “extinction accounting”, which shows how companies are contributing to the demise of honeybees, as well as other species – and how that could come back to sting them.

“I think people are beginning to get it now,” Atkins, chair in financial management at the University of Sheffield, told Reuters news agency. “The capital markets have contributed to this mess and they have a responsibility for sorting it out.”

But Atkins is appealing to wallets, not consciences. Her method is one of a series of projects seeking ways to assess a company’s effects on climate change and the natural world in financial and accounting terms, and thus better price risk for the likes of pension funds, banks and insurers.

These initiatives differ widely in methods and scope. But they share a common goal: giving the growing numbers of investors pledging to rebalance their portfolios the insight they need to sort the most sustainable companies from the most destructive.

While groups such as MSCI or Sustainalytics already offer to guide investors by creating ratings systems to rank companies’ environmental, social and governance (ESG) credentials, these approaches take a different tack: aiming to change the way companies report to their shareholders.

Options range from Atkins’s research to encourage companies to provide scientific assessments of their effects on plants and animals, to publishing a “carbon-adjusted earnings per share” figure or putting a monetary value on impacts so misdeeds like plastic pollution can directly affect a company’s valuation.

Given the scale of today’s environmental crisis, some investors and campaigners compare the depth of change needed in corporate reporting with the kind of fundamental reform of accounting seen following the Wall Street Crash.

“In 1929 there was no transparency on profit; companies could pick their own accounting principles and there were no auditors to verify the numbers,” said Ronald Cohen, co-founder of London-based Bridges Fund Management and chairman of the Global Steering Group for Impact Investment advocacy group.

“Today, you could argue we’re at a similar crossroads.”

Change will not be easy. With so many ideas and tools in play, it will take time for investors, companies and the bodies that set accounting standards to settle on consistent global rules.

And if companies do begin to introduce more sophisticated metrics to assess their effects on nature and society, some investors fear these new numbers will simply present opportunities to game the system in whole new ways.

Atkins, who is collaborating with academics at the University of the Witwatersrand in Johannesburg, believes that requiring companies to introduce “extinction accounting” into annual reports could trigger rapid change.

Companies would have to assess the populations of threatened species living near their operations, work out whether their business puts them at risk, come up with plans to protect them, and explain them to investors.

“This would give investors an entirely new level of insight into the connections between corporate profitability and risks to the natural world,” said Martina Macpherson, president of the Network for Sustainable Financial Markets.

A team at Harvard Business School, for example, aims to generate a dollar value for companies’ positive and negative effects across a range of domains to enable easy comparison.

“We have to change the plumbing of the system,” said George Serafeim, a lead researcher. “It’s not a sufficient condition to change corporate behaviour and resource allocation, but it’s a necessary condition.”

This year, for example, the team published an analysis of two companies selling consumer packaged goods, aiming to calculate the value or cost of their effects in areas from nutrition to greenhouse gas emissions and plastic waste.

The study drew on data sets that would not normally figure in a corporate annual report, including consumer-purchase data from 40,000 households in the United States and nutritional information from the US Department of Agriculture.

Other participants include Calvert Research and Management, a Washington-based ethical investment firm and part of Eaton Vance, which manages $26bn.

Calvert CEO John Streur said the project could radically change how investors calculate value. For example, if the system revealed that an apparently profitable company was causing vast amounts of plastic pollution, its valuation would suffer.

“We think of this as an entirely new chassis, if you will, to really understand value creation or destruction by a management team,” Streur said.

Calvert’s analysts are reviewing the project’s various models with the Harvard team. It will use the findings to immediately engage with company management and to influence investment decisions within the next two years, Streur said.

‘Wood for the trees’

Some are sceptical, though, arguing that the quest to boil down vastly different forms of effects into dollar equivalents could obscure the most fundamental questions: if, when and how a company plans to adopt a more sustainable business model.

“If people find it useful, then great. But there’s a risk of being overly precise and not seeing the wood for the trees,” said Paul Fisher, a former Bank of England policymaker now at the Cambridge Institute for Sustainability Leadership.

Sudhir Roc-Sennett, head of ESG at Vontobel Asset Management, is concerned about the potential for companies to manipulate the numbers, making comparisons even harder to make.

“The massaging … is already bad enough, imagine what it would be like if you start adding more layers to the picture.”

Nonetheless, some companies are experimenting.

Some groups, including consultants KPMG and S&P Global Trucost, are already working with individual corporations to value the environmental and social effects of their operations and supply chains.

Arjan de Draaijer, managing partner at KPMG Sustainability Netherlands, said the consultancy was helping hundreds of companies put a value on their impact, although mostly at the project or product level.

One early adopter of company-wide analysis was French luxury goods company Kering, which measures its carbon emissions, water use, water pollution, land use, air pollution and waste, and converts the effects into a monetary value to help measure its progress in becoming more sustainable.

The company’s 2019 annual report estimated its negative environmental impact at 524 million euros ($638m), stable from the prior year, but falling in relation to group revenue.

Based on a carbon cost estimate of $35 a ton, the company said its carbon-adjusted EPS had risen 12 percent in 2019 from the prior year, compared with 8 percent for its normal EPS, reflecting its efforts to reduce emissions.

Critics argue that such initiatives may help companies appear greener, but will not fundamentally change their behaviour until their effect on the environment is factored into their core balance sheets and profit statements.

“So long as the impact does not hit the bottom line, then it’s always going to be secondary,” said Richard Murphy, a chartered accountant and political economist at City University in London.

Nevertheless, Atkins of the University of Sheffield argues that investors would leave destructive sectors faster if they had a clearer grasp of how quickly the collapse of ecosystems can sink a seemingly profitable business.

Take the Malayan flying fox, Atkins says. With growing Chinese demand boosting an $18bn market for the durian fruit, plantations have been expanding into the Malaysian rainforest, endangering the large bat species – the fruit’s chief pollinator.

By revealing the risks posed by such unintended consequences, Atkins hopes “extinction accounting” could help save at least some of the many life forms now on the brink.

“What we are trying to show is the financial markets have an immense potential to save species,” she added. 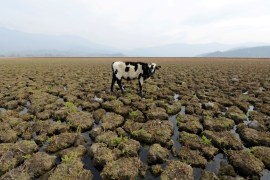 Earth set to warm over 3C despite pandemic, pledges: UN 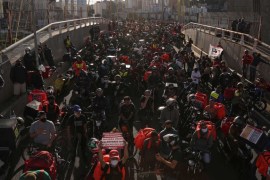 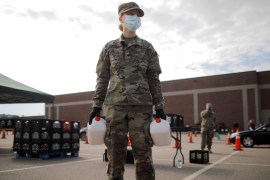 Food supply chains do not care if people go hungry 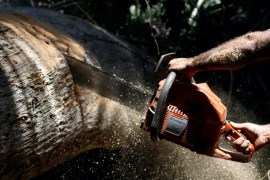 Could coronavirus save the planet by changing economics forever?

The focus on economic growth has led us to the brink of ecological disaster, of which the pandemic may be a foretaste.