Islamabad, Pakistan – Pakistan’s government says it is focused on implementing a slew of new anti-money laundering and anti-terrorism financing laws.

The government’s comments come after the Financial Action Task Force (FATF), an intergovernmental body, last week kept Pakistan on a watchlist of countries which do not meet the organisation’s criteria to restrict the funding of “terror” groups.

The FATF extended its evaluation of the country as a “jurisdiction with strategic deficiencies”, keeping it on its so-called “grey list”.

“Pakistan has been able to demonstrate tangible, effective and sustained progress towards the earliest completion of its [FATF] action plan,” Lubna Farooq Malik, director-general of the government’s Financial Monitoring Unit (FMU) which is overseeing the response to the FATF, told Al Jazeera in a statement.

“Since February 2020 […], Pakistan has focused on sustainability and irreversibility of its efforts in the implementation of the action plan by completely revamping its [anti-money laundering and counterterrorism financing] legal framework.

“As a result, Pakistan has successfully put in place an effective legal framework complemented by an equally robust institutional mechanism to address [those] concerns,” Malik said on Monday.

On Sunday, the cabinet minister working on the response to the FATF also said the country was shifting its focus from setting up laws and processes to now implementing them.

“These laws reflect clearance of back log of last 10 years,” said Hammad Azhar on Twitter. “The [government of Pakistan is] now focusing on implementation of these laws for effectiveness [and] evaluation planned ahead.”

The FATF has been closely evaluating Pakistan’s progress on combatting money laundering and terrorism financing since 2018, when it reclassified the country as being at risk of blacklisting for non-compliance with international recommendations.

Blacklisting by the FATF would result in Pakistan being isolated in certain ways from the international banking system, raising the costs of doing business domestically and with the external sector.

On Friday, FATF and its 37 member states ruled to extend Pakistan’s period of evaluation as it works on a 27-point action plan issued by the body to bring the country’s financial regulations and investigating agencies in line with the organisation’s requirements.

“The FATF takes note of the significant progress made on a number of action plan items,” the body said in a statement released at the conclusion of its plenary session.

The move to continue evaluation but certify progress has been taken as a victory by the Pakistani government, which will continue to work with the FATF and other stakeholders ahead of the group’s next meeting in February.

“FATF has acknowledged our high-level political commitment and significant progress. [The] consensus decision without any voting is our diplomatic victory,” said Azhar.

Progress on the plan has not always been so swift and the risks of Pakistan being blacklisted were far higher a year ago, analysts and observers say.

“It was very clear that Pakistan had a specific risk of terrorism financing, with porous borders, hawala/hundi [forms of cash transfer that exist outside the banking system], and proscribed [armed] organisations as well,” Jamal Aziz, executive director at the Islamabad-based Research Society of International Law (RSIL), told Al Jazeera.

“It was relatively easy to see that the state entities responsible for reporting on this were not operating in the way that our international obligations required of us.”

Aziz has worked with the government on its response to the FATF’s action plan, and says that the state’s initial response did not make much concrete progress.

“It took a while to get the machinery in order. These are such cross-cutting things, that it was unclear who were the leading agencies and who was responsible for what,” he says of the early days of Pakistan’s response.

In the last year, however, analysts and the state say, the country has made much more significant progress, passing more than a dozen new laws related to money laundering, terrorism financing and increasing financial regulation.

“In the first year, there was little progress, but in the last year and a half there has been considerable work, and we have been submitting to FATF the progress made so far,” said government official Malik.

“We did the same things we’ve done before. Closed seminaries, banned outfits and confiscated assets,” he says. “But in the second quarter of 2019, we saw a shift in approach. The foreign ministry issued guidelines on how UN sanctions are to be implemented [in Pakistan]. Who is responsible for what. [The National Counter Terrorism Authority] issued guidelines on the same thing, and on how parallel investigations were to be conducted as well. That brought some technical clarity.”

The result, he says, is that there is now a system for cross-institutional cooperation on combatting money laundering and terrorism financing, one that did not exist before.

“The processes and understanding of the state institutions on this has now become very good. It now permeates through the system. Before you could issue a notification and that would not necessarily lead to anything. Now it links to the banks, to [other institutions], and it has processes on the ground that have become part of it,” he says.

In a statement, the Financial Monitoring Unit told Al Jazeera that the state’s approach has become four-pronged, working on risk evaluation, prevention through greater use of systematic processes, increasing the use of financial intelligence in criminal prosecutions and working with international partners on coordination.

“There are a lot of issues to do with the Securities and Exchange Commission of Pakistan, the central bank, getting the right legislation on anti-money laundering through, but also getting prosecutions and convictions,” says Khurram Husain, an economic analyst and journalist.

“It’s not just about having the rules in place, but FATF also wants to see them being enforced. [You need to] not just [have] the right rules, but show visible signs that they are being enforced.”

Activities such as money laundering hurt the economy because they divert funds away from regular banking channels, making it hard for the government to collect taxes. The coronavirus has made tax revenue collection even harder.

One estimate puts the amount of illegal wealth in Pakistan at 56 percent of gross domestic product (GDP).

But Husain says the tighter regulations themselves have come with an economic cost.

“[Grey listing by the FATF] has affected the economy in the sense that there are more cumbersome rules in place for the conduct of normal banking. Many of the loopholes that FATF is trying to close down to shut down access to criminals and terrorists, many of those are used by the informal sector as well, on a very large scale,” he said.

Amir Rana, director of the Islamabad-based Pakistan Institute of Peace Studies, says that while the government has passed tough legislation in the last 12 months, seeing how those laws are enforced and training prosecutors to use them will take more time.

“Prosecution is quite weak here in Pakistan and is yet to be addressed,” Rana says. “The quality of prosecution and trial, investigations, there is still a lot to do in these areas.”

Pakistan has made some progress in arresting high-profile leaders on terrorism financing charges in the last year, an area where there were previously clear deficiencies on prosecutions and convictions.

In February, a Lahore anti-terrorism court convicted Hafiz Muhammad Saeed, founder of the Lashkar-e-Taiba armed group, to five and a half years in prison in a case related to terrorism financing.

In August, three more leaders of his group charged with similar offences were sentenced to jail terms ranging from 18 months to 16 years.

Also in August, Pakistan’s parliament passed a law overhauling its anti-money laundering structures, instituting a new high-powered committee headed by the finance minister and including officials from the country’s powerful military and intelligence services to oversee anti-money laundering efforts.

Looking forward, the big challenge will be how these new structures and processes function, and whether new policies are implemented correctly, says Aziz.

“In our system, the lapse still remains that our [prosecutions are] still dependent on security operations or police personnel conducting raids, and then they use the [terrorism financing] laws against those arrested,” he says, “… rather than someone being flagged on interaction with the financial system [through financial intelligence], which would be more proactive.”

That kind of change, however, will take time.

“You can’t show effectiveness when processes are this new. For realistic change, you can’t just make laws and expect them to work. You have to show how they’re operating, and give them a teething period as well.” 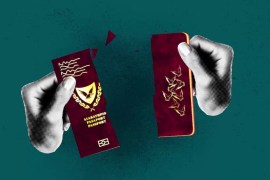 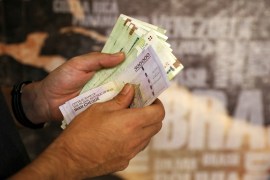 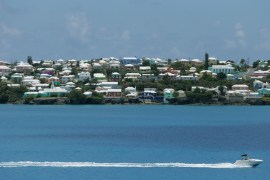 Texas tycoon charged in largest US tax case against individual 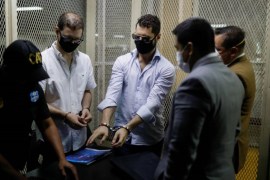 US prosecutors charge two sons of former President Ricardo Martinelli after they were arrested in Guatemala on Monday.