Veklury is the brand name for remdesivir, which was previously authorised by the FDA for emergency use to treat patients who have been hospitalised with COVID-19. Gilead becomes the first and only company to receive approval for a COVID-19 treatment in the US, according to the company’s press release.

Remdesivir, which was developed by Gilead as a treatment for Ebola, works to stop the replication of SARS-CoV-2, the coronavirus that causes COVID-19. Gilead said in its press release that Veklury “shortened time to recovery by five days” in patients hospitalised with the virus.

The drug was also recently touted by US President Donald Trump, whose physician confirmed he received it at Walter Reed National Military Medical Center as part of his own treatment for COVID-19 earlier this month.

Last week, however, the World Health Organization (WHO) said its own trial of 11,266 patients found that four widely discussed drugs in the treatment of the virus – hydroxychloroquine, lopinavir, interferon and remdesivir – all “appeared to have little or no effect on hospitalized COVID-19, as indicated by overall mortality, initiation of ventilation and duration of hospital stay” The results of the WHO’s study have yet to be peer-reviewed.

In a statement following the release of those results, Gilead expressed concern that data from the study had not undergone rigorous review and expressed doubt whether any “conclusive findings” could be drawn from it.

In its press release Thursday, Gilead said the FDA’s approval “is based on three randomized controlled trials including the recently published, final results of the National Institute of Allergy and Infectious Diseases’ double blind, placebo-controlled Phase 3 ACTT-1 trial, which showed that treatment with Veklury resulted in clinically meaningful improvements across multiple outcome assessments compared with placebo in hospitalized patients with COVID-19.” 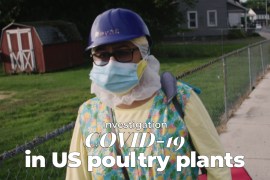 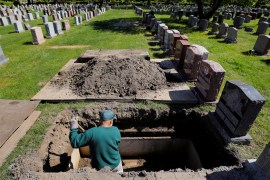 CDC analysis shows excess deaths were highest among Hispanic and Black people, and those aged between 25 and 44. 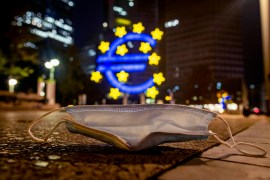 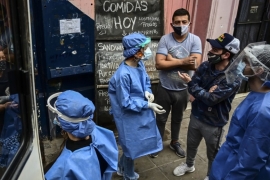 Colombia, Mexico and Peru are expected to reach a million-case milestone in the coming weeks.