It is an odd moment for gold to be tumbling. One of the oldest and most-trusted safe havens in times of crises, gold typically rallies amid nasty stock sell-offs like the one that has gripped the world this week.
So its plunge Friday — it fell as much as 5%, the most in almost seven years — caught many traders flat-footed and scrambling for explanations as to what had just happened. The most often heard of them: Gold investors don’t want to sell but are forced to cover the losses in other asset classes.

“It’s bloodshed,” Commerzbank AG analyst Carsten Fritsch said by phone Friday. “It first started with forced selling from equity investors who also sold their gold positions to cover their losses in equities and also to cover margin calls. Gold investors don’t want to sell but are forced to cover the losses in other asset classes.” 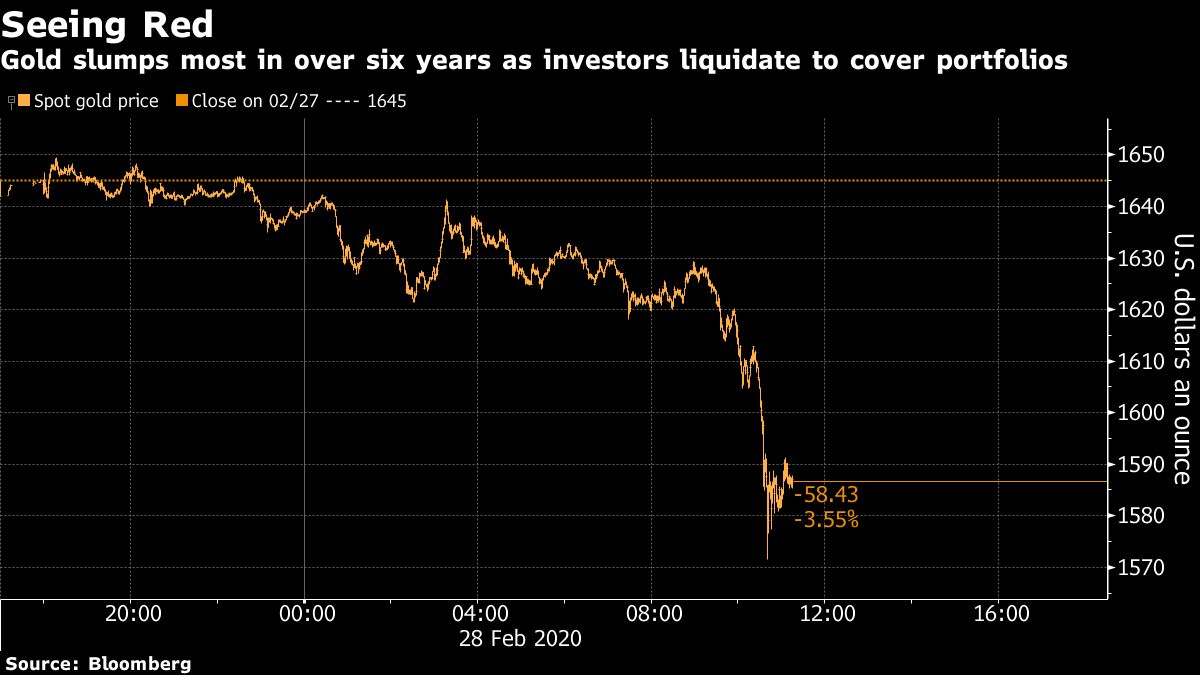 Spot gold fell the most intraday since June 2013, according to Bloomberg generic pricing. The metal was down 4.5% at $1,571.05 an ounce as of 1:35 p.m. in New York. Other precious metals including silver and platinum also dropped, with palladium sliding the most since 2008.

Fear over the economic fallout from the coronavirus has unnerved markets, sending the S&P 500 index toward its worst week since 2008. The outbreak has further undercut investor demand for raw materials, which was already wavering because of increasing supplies and concerns over global trade wars. Returns from commodities have plunged on worries that the fast-spreading virus will crush demand for raw materials, fuel and food across the globe.

The rout is showing no signs of abating as the virus continues to spread quickly outside of China, where the outbreak began. Major commodity trading houses are keeping employees from going abroad and several events this week at the oil industry’s biggest gathering were canceled. Most exhibitors from China were forced to pull out of a big annual mining conference in Toronto next week because of international travel restrictions, a spokeswoman said on Thursday. 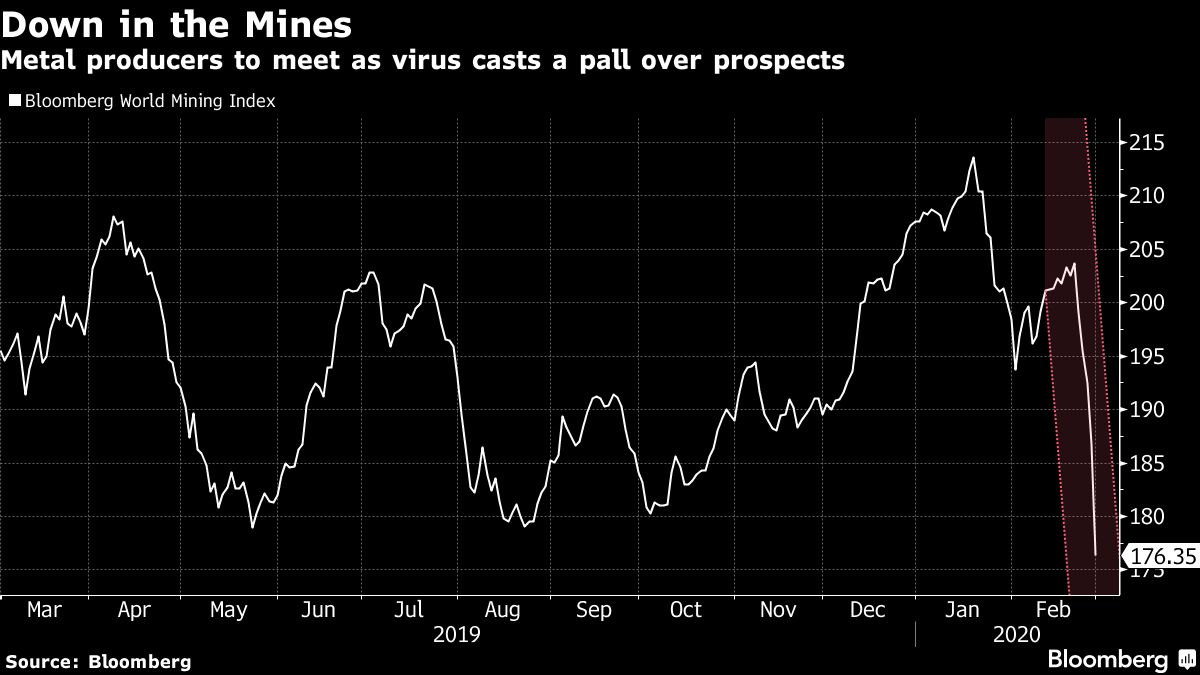 “The possibility that China may be using less is hurting commodity accounts and therefore you’re going to see margin calls,” George Gero, a managing director at RBC Wealth Management, said by phone Friday.

Still, barring near-term profit-taking, risks for gold prices remain to the upside amid expectations that the Federal Reserve will cut interest rates twice this year, some analysts said. The metal has still risen almost 4% this year, and Goldman Sachs Group Inc. has said it may hit $1,800 in 12 months.

“We think that there will be opportunities to continue to add to long exposure,” Suki Cooper, precious metals analyst at Standard Chartered Bank, said in a Bloomberg TV interview. “You might see a little bit of a sell-off, so there might be better entry levels. But beyond that, we think that upside risks still linger for gold.”