Several major media outlets have published the results of an investigation into the financial dealings of the rich and powerful, based on a vast trove of documents handed over by an anonymous source.

The International Consortium of Investigative Journalism (ICIJ), a nonprofit group in the US, said the cache of 11.5 million records detailed the offshore holdings of a dozen current and former world leaders, as well as businessmen, criminals, celebrities and sports stars.

You're talking about a massive number of people who are hiding money of one type or another.

The documents link at least 12 current and former heads of state and 143 other politicians to illicit financial transactions.

WATCH: Taking on the tax havens

Some 140 offshore companies named in the documents are connected to politicians or public officials and their families.

Several reports say the documents show details of how Russian President Vladimir Putin’s inner circle became wealthy. A close friend of Putin’s, Sergei Roldugin, is alleged to be at the centre of a scheme in which money from Russian state banks is hidden offshore.

“I think it raises further questions for the political class as a whole because European countries, the US, the OECD, have been talking about greater transparency .. there’s been a series of scandals,” Luke Harding of Britain’s The Guardian newspaper, who published reports based on the leak, told Al Jazeera.

“But it turns out that, actually, offshore companies are still very popular.”

Investigators in the US believe one of the offshore companies mentioned in the documents supplied fuel for jets the Syrian government used to bomb and kill tens of thousands of people.

Also revealed in the documents was a shell company in Panama owned by the football star Lionel Messi and his father. Spanish investigators are currently probing Messi for tax evasion.

A co-founder of the secretive Panamanian-based law firm, Mossack Fonseca, where the documents originated, confirmed the authenticity of the papers being used in articles published by more than 100 news organisations around the world.

Though the files appear to show how the firm – the world’s fourth biggest provider of offshore services – helped clients launder money and evade tax, the company says it has never been accused of any wrongdoing.

German newspaper Sueddeutsche Zeitung said it first received the data more than a year ago. The Munich-based daily was offered the data through an encrypted channel by an anonymous source who requested no monetary compensation and asked only for unspecified security measures, Bastian Obermayer, a reporter for the paper, said.

The documents, dubbed the Panama Papers, were then shared by the newspaper with the ICIJ and international news outlets. In total, some 107 media outlets in 78 countries investigated the material.

With “2.6 terabytes of data, 11.5 millions documents, and 214,000 shell companies: The Panama Papers are the largest data leak journalists have ever worked with,” Sueddeutsche tweeted on Sunday.

Charles Intriago, an expert in offshore banking, told Al Jazeera that there may be 60 to 65 other countries besides Panama where such activities were taking place.

“Let’s not forget that here’s a relatively small country that is a major banking centre but it’s only one country through one law firm,” he said.

“So if you multiply that times 60, including some of the major secrecy havens like Switzerland, Liechtenstein, the Caribbean islands and others, you’re talking about a massive number of people who are hiding money of one type or another,” he said.

The ICIJ said the documents included emails, financial spreadsheets, passports and corporate records detailing how powerful figures used banks, law firms and offshore shell companies to hide their assets. The data spanned a timeframe of nearly 40 years, from 1977 to the end of 2015, it said. 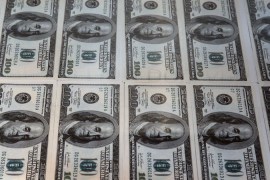 Up to $280bn is lost in tax revenues as wealthy individuals park financial assets in offshore tax havens. 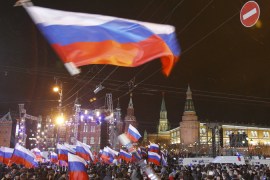 In search of Putin’s money 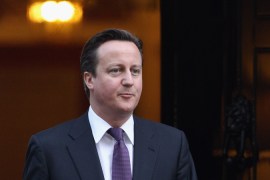 David Cameron and the offshore connection

Questions about links between Britain’s rulers and the obscure world of offshore finance signal a need for transparency.