A drought caused by the weather phenomenon El Nino has forced many farmers in Indonesia to delay planting their crops, as monsoon rains started two months late.

Governor Frans Lebu Raya of West Timor province asked the national government for help. He also appealed to international organisations to assist if the situation worsens.

In the village of Bene, in West Timor, the weather phenomenon is already causing food shortages, and residents are worried they will run out of food before the next harvest season.

Defrianus, a farmer, tried to plant corn three times this year. But he found that instead of nutritious food, only leaves grew. Most plants died because of a lack of water.

“This year rain only fell a couple of times. Sometimes rains are heavy but sometimes it only drizzles and sometimes it is only cloudy and there is no rain at all,” he told Al Jazeera.

The weather phenomenon El Nino, which is predicted to reach its peak in March, has badly affected monsoon rains in the Asia Pacific region.

In many parts of Indonesia, rice harvests are predicted to fail because farmers have been unable to plant.

For poor farmers, that means cutting back on food this year, leaving many people hungry.

“The government should closely watch food stocks right now and make sure that all their data is complete,” Ujang Suparman, an agriculture specialist, told Al Jazeera.

For Defrianus and his wife, Stance, they can only hope any help will arrive soon. 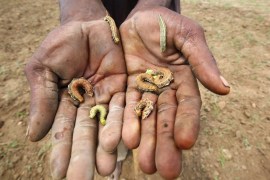 Harare seeking $1.5bn to help save more than a quarter of the population from starving to death, as drought worsens. 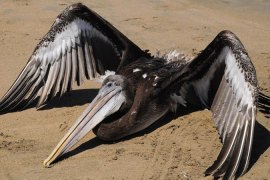 The return of El Nino

The risk of drought and flood could increase in the coming months as the counterpart to La Nina begins to develop. 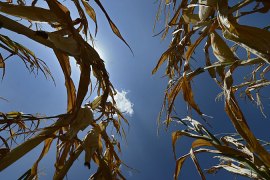 Are we heading for a global food crisis?

As drought takes its toll on US crops, we ask if it is time to reassess the global food market.