US chocolate giant Mars has ordered a massive international recall of Mars and Snickers bars made at its Dutch factory after a piece of plastic found in one snack was traced back to the site.

Millions of chocolate bars were deemed possibly unsafe for consumption in 56 countries after a customer in Germany found a piece of red plastic in his Snickers bar last month.

The recall of the chocoholic snacks on Tuesday also affects Milky Way minis and some boxes of Celebrations. It hit most European countries, but it also extended as far as Vietnam and Sri Lanka in Asia.

“As far as we know there are 55 countries involved,” Eline Bijveld, Mars corporate affairs coordinator for the Netherlands, told the AFP news agency earlier in the day, refusing to reveal the whole list.

Chocolate lovers in the United States need not worry as the recall does not extend to the company’s home base.

Bijveld could not give the exact number of chocolate bars produced daily at the factory, but said about four million items were being recalled in the Netherlands alone.

READ MORE: A food museum to tantalise your senses

The move comes after a customer found a red piece of plastic in a Snickers bar – billed by the company as “the world’s biggest selling candy bar” – bought on January 8 in Germany.

After he complained to Mars, the plastic was traced back to Veghel, which determined that it came from a protective cover used in the plant’s manufacturing process.

“We are currently investigating exactly what’s happened, but we cannot be sure that this red piece of plastic isn’t in any other of our products from the same production line,” Bijveld said.

Mars prides itself on having five billion-dollar brand names in its stable of 29 separate chocolate products, including M&Ms, Twix and Dove.

It is the first time it has had to recall products made at its Veghel factory, which opened in 1963 and employs some 1,200 people.

In a statement announcing the recall in Germany, Mars said: “We would like to prevent consumers who have purchased one of the above-mentioned products from consuming it”.

The shelves of one supermarket chain in Frankfurt were still stuffed with Mars and Snickers confectionary late on Tuesday.

But Paula Medina, 43, and her daughter, Sophie, clutching a red basket were not taking any chances.

“Our trust has been shattered that’s for sure,” Medina told AFP.

“But there’s so much choice. I think we’ll take a break, and maybe go for something else in the future.”

Mars said it was recalling items from Britain, Belgium, France, Italy and Spain, after it already withdrew products from sale in Germany and Netherlands.

It added that the recall was an “isolated incident and strictly limited, and concerns only the products mentioned”.

Manufacturing dates for the different products vary, but in general those with a “best-before” date of between June 19, 2016, and January 8, 2017, are being recalled.

“This is a very special situation,” Bijveld said. “At this moment maybe the risk is not that high, but we cannot say this is in line with our quality requirements.”

Mars, which also makes Wrigley’s chewing gum, said a full list of affected products could be found on its national websites. But after being down for much of the day it was still hard to find any information in the early evening.

Mars, a family-owned company since it was founded in 1911, reported annual net sales of around $33bn at the end of 2014.

The rival of Kraft Foods and Nestle employs more than 18,400 people in Europe alone and operates in 74 countries worldwide. 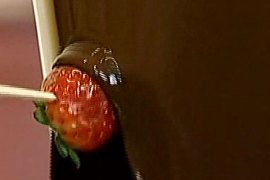 Tempting new research suggests that snacking on popcorn is healthy, and eating chocolate can keep you slim. 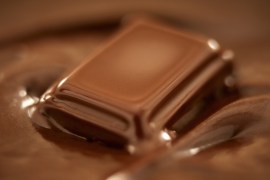 A world without chocolate

From Ecuador to Brazil and India, we follow the fortunes of chocolate as experts warn the world could soon run out. 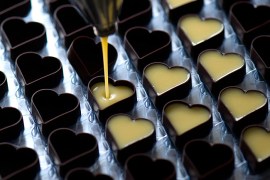 Belgians’ EU bid to be champagne of chocolate