A final deal has been signed between South Korea’s Samsung and the main group of families seeking compensation over leukaemia they say was contracted while at work in the electronics company’s semiconductor plants.

Documents were signed at the families’ lawyer’s office in Seoul after the agreement was reached on Tuesday.

The agreement includes a confidential compensation deal for five families and former employees who have been pursuing a case against the company for years, as well as preventive measures Samsung says it will implement for better safety in its semiconductor plants from chemical exposure.

Al Jazeera’s Harry Fawcett, reporting from Seoul, said: “The families accepted Samsung’s apology, which did not take responsibility for the diseases in question but did apologise for the kind of suffering they’ve been through.”

However, some family members are still holding out.

“Two family members say they aren’t accepting either the apology or the compensation deal. One man, who lost his daughter in 2007, says this fight must continue,” Fawcett added. 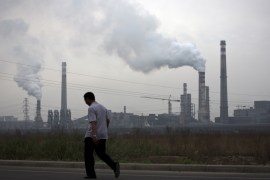 Al Jazeera’s China team mobbed while reporting on the slow demise of the steel town of Qingbaijiang. 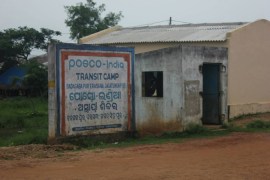 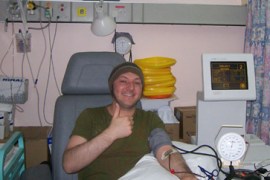 Leukaemia fighter and blogger Adrian Sudbury joins the show to discuss the disease.