Beirut, Lebanon – A series of oil exploration deals, which may be worth billions of dollars to Lebanon’s economy, are being held up amid the country’s presidential vacuum and political chaos as crude prices continue to fall.

A total of 46 transnational energy giants – including Total, Shell, Chevron and ExxonMobil – qualified in April 2013 to enter the first round of licensing to explore Lebanon’s offshore resource potential. But the licensing has been put on the government’s back-burner, as divisions between the country’s two main political blocs over the conflict in Syria undermine the state’s executive power.

Arthur Nazarian, Lebanon’s energy and water minister, was cornered by a journalist in March, asking when the cabinet would sign off on the two decrees necessary to kick-start natural gas and oil exploration. Nazarian had been vocal throughout the past year in calling for MPs to sign off on the licensing deal, but cut a frustrated figure, admitting he had “no idea” when the issue would reach the forefront of the cabinet’s agenda.

Civil society groups and industry watchdogs, however, are using the delays to develop a stronger understanding of the oil and gas sector and its potential benefits and costs to Lebanon.

“We are happy it has stopped for now,” Laury Haytayan, MENA senior associate at the Natural Resource Governance Institute, told Al Jazeera. “Initially, everything was moving at a very fast pace. The vast majority of people didn’t know anything about the sector, and so could not hold the government accountable; plus, we need to know how to manage people‘s expectations.”

We are happy it has stopped for now. Initially, everything was moving at a very fast pace. The vast majority of people didn't know anything about the sector, and so could not hold the government accountable; plus, we need to know how to manage people's expectations.

While Israel is in negotiations with both Egypt and Jordan over lucrative natural gas contracts, Cyprus has this year faced notable setbacks. In the past month, ENI, the Italian energy giant, announced that it had failed to discover any recoverable amount of natural gas following two preliminary drillings in one of the island country’s 11 allocated areas. Meanwhile, Total is reportedly considering a withdrawal from Cyprus altogether, having so far failed to identify worthwhile drilling prospects – reminders that before exploration begins, there are no guarantees.

Despite the political stasis, Lebanon’s oil and gas sector has not come to a complete standstill.

The Lebanese government this year signed a three-year deal with Norway, which will see Norwegian experts provide customised technical training, joint conferences, and delegation visits to Norway for MPs, civil society organisations and the media alike, aimed at strengthening accountability and transparency within the sector.

The establishment of a sovereign wealth fund to utilise resources accrued from the sector for equitable social development has been identified by Nakhle and others – such as Jeremy Arbid, a journalist with Executive, a Lebanese business and policy magazine – as key to ensuring transparent, effective financial management.

Ensuring that the details of any contracts – known as Exploration and Production-sharing Agreements, or EPAs – between the Lebanese government and extraction companies are disclosed to the public has also been identified as crucial by the Natural Resource Governance Institute’s Haytayan, and Reinoud Leenders, a researcher at King’s College London who has written extensively about public sector corruption in Lebanon.

Negotiations over the exact terms and legal framework governing EPAs are central to one of the decrees awaiting the Lebanese cabinet’s approval. The second decree concerns the delineation of offshore allocations to be auctioned.

Leenders notes that the Lebanese public’s confidence in the state’s ability to manage the oil and gas sector in an efficient and transparent manner has been questioned, due to scandals implicating political figures in the embezzlement of state funds.

Lebanon stands at 137 of 175 countries in Transparency International’s most recent global corruption survey, while the Lebanese government has failed to file a budget since 2005. A 2013 survey carried out by the Lebanese Transparency Association, targeting 800 business owners, managers and managing directors working in the public sector, saw 73 percent of respondents confess to paying bribes to accelerate the issuing of formal documents, with 25 percent stating they had resorted to blackmail to obtain a required service.

Given the delays, a recent International Monetary Fund study estimated that drilling was unlikely to get under way in Lebanon before 2020.

These are not the first accusations of a lack of fiscal transparency to be faced by state officials.

Last year Gebran Bassil, the former energy minister, filed a lawsuit against Executive following the publication of an interview in which Bassil, now promoted to foreign minister, was questioned concerning the location of a purported $33m understood to have been raised from the sale of seismic data conducted on Lebanon‘s maritime territory.

But Lebanon’s system is likely to now face greater international scrutiny. Leenders noted that most of the 46 companies that pre-qualifed to bid for EPAs fall under the jurisdiction of legislation established by the European Union and United States – which require companies to disclose financial information, including payments to governments, project by project. This could provide a safeguard against corruption.

According to Nakhle, the Lebanese Petroleum Administration (LPA) – the sector’s official oversight body – has used the delays to improve the draft EPA under review, and to establish stronger links with government ministries. Despite the stalling political process, Lebanon still stands to benefit if considerable resources are found.

“Demand for natural gas is expected to increase, especially in Asia. In that sense, the markets will be able to absorb additional supplies. The competition, however, will be tougher – especially as new producers join the club,” said Nakhle.

“Lebanon should not only focus on exporting potential production, but also develop its domestic market to reduce dependence on fuel oil imports and improve the quality of its power generation.”

Notably, while developments of late have been sluggish in the offshore oil and gas sector, the Lebanese government has recently invested in alternative energy projects – having pledged, in 2009, to generate 12 percent of the country’s total energy supply from renewable sources by 2020. Lebanon’s central bank also offers interest-free loans for renewable energy initiatives repayable over a 14-month period to incentivise investment.

Last year, Arbid co-founded LOGI, an NGO that aims to spread awareness of key decisions facing the emerging sector. “We have to work with the given system, even if it is not ideal, and convince decision-makers to take into account that discovering any resources requires planning that cannot be short-sighted but must consider the long-term benefit to the Lebanese public,” he said.

Haytayan, of the Natural Resource Governance Institute, is also a member of LOGI’s advisory board. She strikes a note of cautious optimism.

“Maybe there will not be a lot of discoveries,” she said. “But even a small portion could eliminate our electricity deficit – but only if the industry is managed efficiently.” 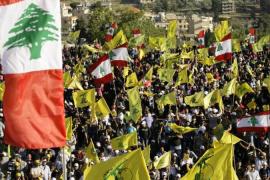 The deadlock over the election of president in Lebanon can lead to further political and social polarisation. 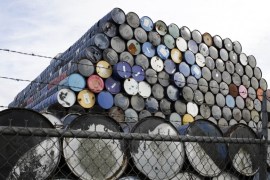 What impact are lower global oil prices having on the world’s geopolitical landscape?