An energy company in California is attempting to find the source of a gas-well leak responsible for releasing tens of thousands of tonnes of methane into the air and displacing thousands of families.

Activist group Environment Defence Fund (EDF) said the gas leaking out would have the same impact on the atmosphere as driving seven million cars a day.

“The leak has caused serious health impacts for nearby residents of the Porter Ranch neighbourhood, and it opened eyes across the state – and the country – to the problem of oil and gas methane pollution,” the group said on its website.

Infra-red aerial footage released by EDF shows a huge plume of gas seeping out from a hill in the area.

The Southern California Gas company said it had drilled to a depth of 1,219 metres at the Aliso Canyon storage facility in an attempt to find the source of the emissions, but acknowledged it could take up to late-March to stop the leak.

Workers are not sure exactly where the 2,652 metre deep well was breached.

In a letter sent out to affected families last week, Dennis Arriola, CEO of the company, said it was looking to fill the leak with cement once it was found.

“The operation is continuing around the clock, 24 hours, seven days a week,” Arriola said.

Thousands of people in the Porter Ranch area, where the well is located, say they have suffered headaches, nosebleeds, nausea and other symptoms from the escaping gas.

The company says it has relocated about 2,258 families in temporary accommodation with more than 3,000 people still waiting to be processed, the Associated Press news agency reported.

Like carbon dioxide, methane is considered a greenhouse gas, which helps trap the sun’s energy in the atmosphere and contributes to climate change.

According to the US Environmental Protection Agency, it is the second most abundant greenhouse gas, accounting for about 10 percent of all emissions from human activity. 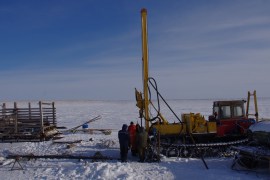 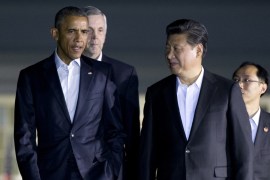