Below are excerpts of conversations between our source at Boeing’s assembly plant and his Boeing co-workers. They were recorded at the South Carolina 787 assembly plant in 2014.

Their words offer a glimpse into what these workers really think about their colleagues, drug use, quality control and the “Dreamliner”. One worker says Boeing hires its staff “off the street”, saying previously they were, “working, fu**ing flipping burgers for a living or making sandwiches at Subway”.

Boeing says it has the highest confidence in the workers at its factory in South Carolina.

Drug use at work is a common topic for discussion. The workers we heard from think that Boeing’s drug testing policy is laughable, saying that the only time you get tested is if you get hurt or “do something wrong like drive into the plane or something”.

One worker joked that as long as you can “walk out” of the plant, you’ll never have to take a drug test.

Worker B: It’s all coke and, um, painkillers and, what’s the other one… You can get weed here, you can get some really good weed here.

Worker A: Like there’s somebody who has it right now? I could walk up to them and just…

Worker B: No, I don’t know if they have it right here. You’ve got to place your order.

Another worker remarked: “Coke’s number one. Every aviation company you go to, coke is number one. Coke and pills.”

Boeing said in a statement: “Boeing South Carolina follows the Boeing enterprise-wide Drug and Alcohol Free Workplace Program policy. Drug testing of employees is done in accordance with Boeing policy and procedures across all facilities in accordance with applicable laws. Boeing thoroughly investigates any employee reports of policy deviation, and appropriate corrective action is taken if needed.”

Machinists spend their days doing what they refer to as “jobs”, usually a multiple step process of drilling, riveting and generally assembling parts.


When they finish a “job”, they show it to Quality Inspectors or QAs. If the QA is satisfied, they “buy it off” or “final” the job and the worker “sells” it.

Worker C (Quality Assurance worker): Here you will do the whole job and we just final it. You know and I’m supposed to verify that oh, you checked the hole, you did the sealant, you put in the fastener. I never saw all that. But I’m supposed to final it and say that it’s good. That’s one of the problems I have.

Another worker makes it clear he is aware of the potential consequences of poor quality workmanship.

Worker D: The thing about it is, they don’t realise the seriousness of putting something together and putting it together right. Because if this fu**er breaks, it can’t come over to the curb, it’s gonna come down… Here everybody is being pushed to meet this fu**ing schedule regardless of quality.

Boeing said in a statement: “787 airplanes delivered from both South Carolina and Washington final assembly and delivery operations meet the highest safety and quality standards that are verified through robust test, verification and inspection processes. Boeing uses one common FAA-approved 787 production and quality system. Boeing is delivering high-quality 787 Dreamliners from both Everett and North Charleston that are performing well and to customers’ expectations.”

Worker A: My in-laws are about to fly on one of these things, they asked me, oh is it safe?

Worker A: You wouldn’t, dude you’re a lead!

Worker A: And you wouldn’t fly on one.

Worker E: I would not until probably plane 100.

Worker A: What are we at?

Worker C (Quality Assurance worker): They’ve been flying for a few years and haven’t had any go down. I personally wouldn’t get on one for five years. If I had to go to Thailand and have fun for a week or two and they put me on a 787, I’d change my flight. I’d go on a 777 or a 747.

Worker F: You fly on airplanes but you don’t get to know what’s going on with it. You can say yeah there’s danger in everything but you don’t have to physically see stuff going on. I think that’s different.

Worker D: I wouldn’t fly on one of these planes

Worker A: You wouldn’t? Why wouldn’t you?

Worker A: Why wouldn’t you?

Worker D: Because I see the quality of the fu**ing sh*t going down around here.

Boeing says it does not compromise quality or safety: “The quality of 787s built by the teams in Everett and North Charleston are identical. By U.S. Federal Aviation Administration regulation, the workforce at both sites follow the same detailed build instructions and use the same tools and processes. There is one approved 787 production and quality system that holds both Everett and South Carolina to the highest standards and our in-service experience demonstrates the parity of airplanes built at the two sites.” 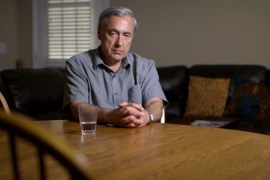 John Woods claims he was terminated from his job at Boeing after raising safety concerns. 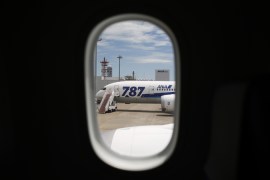 Boeing’s battle between quality and schedule

Former Boeing engineers claim when Boeing developed the 787, it put schedule ahead of quality. 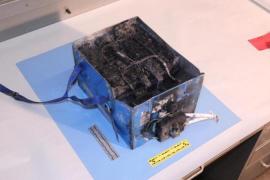 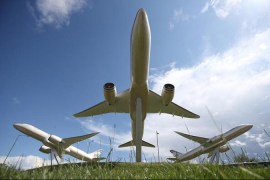 As Boeing rolled out its ‘Dreamliner’ to experts and journalists, under the surface not all was as it seemed.