Nicaragua has announced the start of work on a $50bn shipping canal, an infrastructure project backed by China, aiming to rival Panama’s waterway and revitalise the economy of the second-poorest country in the Americas.

The groundbreaking for the project took place on Monday and was largely symbolic.

The event marked the start of some ancillary projects in Brito, a city about 5km from Nicaragua’s Pacific coast where the first port in the scope of the project will be built.

The canal might also give China a major foothold in Central America, a region long dominated by the US, which completed the Panama Canal a century ago.

Construction of the new waterway will be run by Hong Kong-based HK Nicaragua Canal Development Investment (HKND Group), which is controlled by Wang Jing, a Chinese telecom tycoon.

Flanked by Nicaraguan President Daniel Ortega, who is a former Marxist guerrilla leader, Wang Jing said the tender for the preliminary design of the project would be offered by the end of the first quarter of 2015.

Nicaragua’s Vice President Omar Halleslevens said the canal would change the history and the economy of Nicaragua.

The initiative has drawn criticism from local residents and environmentalist groups, igniting protests in the country.

“We are not going to allow them to kick us out of our property. We are ready to die before we give our property to the Chinese,” Orlando Ocampo, who leads the farmers in Tule municipality, was quoted by Associated Press news agency as saying.

Environmentalists accuse the government of ignoring the relevant the studies on the issue and the threat that they say cargo traffic will pose to Lake Nicaragua, the country’s main source of fresh water. 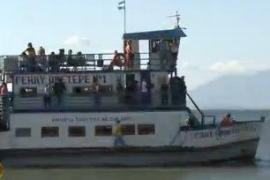 Nicaragua canal project not without downside 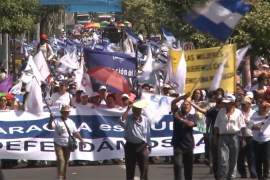 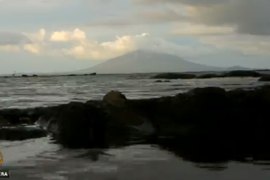 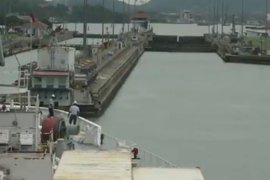 One of world’s most famous waterways that connects Atlantic and Pacific oceans has revolutionised global trade.