The Chinese government has issued a pledge to narrow the widening income gap between rich and poor, which includes raising its minimum wage and requiring state companies to turn over more profits to pay for social programmes.

The pledge on Tuesday promised more spending on health, education and job training but gave few details and no sign of how Beijing will enforce changes that might hurt state industry and other politically influential factions.

China Daily newspaper reported that the government is looking to lower the minimum wage of 40 percent of the current wage of $730 a month.

Communist leaders had been rumoured to be working on a plan but have faced resistance by state companies and their allies in the ruling Communist Party.

“We need to continue to deepen the reform of income distribution to protect social fairness, justice, harmony and stability,” said a cabinet statement.

Beijing reported in January that a widely used measure of income distribution known as the Gini coefficient was at 0.474 for China.

That would make China among the most unequal societies.

China’s boom has made multibillion-dollar fortunes for some entrepreneurs but income growth for the majority has been sluggish.

Complaints about the lavish lifestyles of officials, Communist Party figures and military officers who drive luxury cars, own villas and send their children to elite foreign universities have fueled political tensions.

Al Jazeera’s Marga Ortigas, reporting from Hong Kong, said this has been the root cause of much of the problems that has been facing the central government over the past few years.

“China is an economic giant … the problem is that the wealth that has been brought into China has been concentrated in the hands of a few and the powerful.”

The greater majority of people in China, about one billion people live in the rural areas, over 130 million of them are considered to be still living under the poverty line.

“This is something that country has to address, especially if it wants to maintain political stability during this time of leadership transition,” said Ortigas.

Advocates of reforms say narrowing the wealth gap will require not just social spending but fundamental changes in China’s economic structure to curb the dominance of state companies that control an array of industries including banking, oil, telecommunications and finance.

Tuesday’s statement also promised to “improve the mechanism of state-owned industry revenue sharing”, a reference to proposals to require China’s giant, cash-rich state industries to share more of their income with the treasury.

It also promised to restrain the pay of their top executives, who are political appointees rather than risk-taking entrepreneurs.

The wealth of heavily subsidised state companies that pay little in taxes or dividends is a key source of public frustration.

Tuesday’s statement cited an earlier pledge in the ruling party’s five-year economic development plan to increase the share of company profits turned over to the government by five percentage points but it gave no details of further increases.

“We think the strategy is too comprehensive to be implementable,” said Wei Yao, the societe generale economist in a report.

Higher spending on education and social programmes to free up household budgets for consumer spending is a key requirement of the party’s long-term plans to reduce reliance on exports and investment to drive economic growth.

The statement also promised to broaden the country’s tax base, reduce tax evasion and require officials to disclose their income and assets, another politically difficult goal.

Schemes to hide income and assets are believed to be widespread among party officials and China’s business elite and combating that will require confronting wealthy, influential individuals. 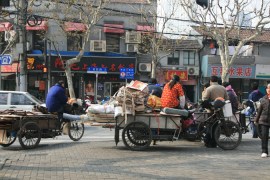 Income inequality on the rise in China

Although statistics are sketchy, the chasm between rich and poor seems to have widened in China. 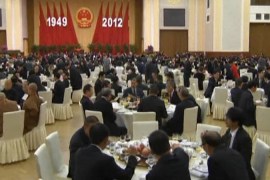 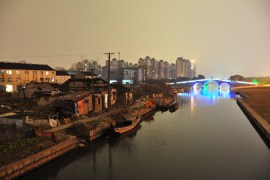 The country wants to become a modern society with a strong middle class, but can this be done without everyone on board? 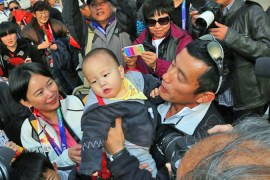 Proposed changes would allow for more urban couples to have a second child to balance rapidly ageing society.