The Greek government has confirmed that it has secured backing for a debt swap deal that will enable it to avoid defaulting on its debts.

The Greek finance ministry said on Friday that 85.8 per cent of private bondholders had agreed to the plan, which was well above the target of 75 per cent to be able to push through the deal.

Greece needed the debt swap deal so it could get access to a second bailout from the European Union, the European Central Bank and the International Monetary Fund.

The finance ministry confirmed that the rate would reach 95.7 per cent with the use of collective action clauses to enforce the deal.

It said that upon confirmation by the Bank of Greece, the state “intends to accept the consents received and amend the terms of all of its Greek law governed bonds, including those not tendered for exchange”.

Evangelos Venizelos, the Greek finance minister, said “on behalf of the republic, I wish to express my appreciation to all of our creditors who have supported our ambitious programme of reform and adjustment and who have shared the sacrifices of the Greek people in this historic endeavour”.

“Greece will continue implementing the measures needed to achieve the fiscal adjustments and structural reforms to which it has committed, and that will return Greece to a path of sustainable growth”.

John Psarapoulos, reporting for Al Jazeera from Athens, said: “The Greek government has got a higher number than they expected.

“The government believes that by April they will get 95 per cent support, which will help them wipe a huge amount of Greek debt”.

The Greek government has extended the deadline for holders of foreign-law bonds, of whom 69 per cent have so far signed up, until March 23.

The deal aims to reduce the country’s national debt by $140bn, with private bondholders accepting a face-value loss of 53.5 per cent, in exchange for new bonds with more favourable repayment terms.

On Thursday markets rallied on the hopes that the deal would go through, the stock exchange in Athens went up more than three per cent and the markets in Paris and Frankfurt also higher.

The swap was a critical part of the country’s second international bailout.

The deal was also welcomed by representatives of private sector lenders to Greece, who said it paved the way for agreement on the EU bailout.

“The very strong and positive result provides a major opportunity now for Greece to move ahead with its economic reform program, while strengthening the euro area’s ability to create an economic environment of stability and growth,” said Josef Ackermann, chairman of the International Institute of Finance, which represents private lenders. 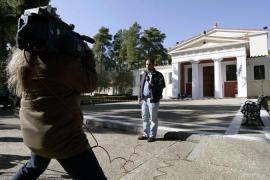 How the foreign media is reporting the Greek crisis.