Indonesia’s president has demanded justice for a domestic worker who was allegedly tortured by her employers in Saudi Arabia.

Susilo Bambang Yudhoyono said on Tuesday that the “extraordinary torture” needs to be investigated.

“I want the law to be upheld and to see an all-out diplomatic effort,” he said.

Sumiati Binti Salan Mustapa, 23, is in a stable condition in a hospital in Medina, where she has been receiving treatment since November 8 for wounds including gashes to her lips and face caused by scissors, officials said.

Sumiati was allegedly cut with scissors and burned with an iron by her employers, in the latest in a string of abuse cases against Indonesian workers in the Middle East and neighbouring Malaysia.

The young woman from Dompu in West Nusa Tenggara province went to Saudi Arabia four months ago to look for work, joining thousands of Indonesian men and women who work in Saudi Arabia.

“Yesterday we called the Saudi ambassador to the foreign ministry … We conveyed our stand and condemned what happened,” Marty Natalegawa, Indonesia’s foreign minister, said.

“The Saudi government also condemned it and considered the action to be inappropriate and a violation of humanity. Together, we’ll ensure that the party responsible is punished,” he said.

Sumiati had suffered “torture of an extraordinary nature” which left her with external and internal injures, he said.

Natalegawa said similar cases of abuse had “happened repeatedly” in Saudi Arabia, and Jakarta wanted to make sure steps were taken to protect Indonesian domestic workers in future.

Step Vaessen, Al Jazeera’s correspondent in Jakarta, said most of what is being said in Indonesia is purely for domestic consumption.

“Everyone knows about these abuse cases, they happen all the time,” she said.

“There is no real punishment for these countries by Indonesia and the government needs the income. We’re talking about five million poor women being sent abroad. The foreign exchange they bring into the country is very important.

“It’s a sensitive topic but it’s also a sensitive time with so many Indonesians in Saudi Arabia performing the Hajj rituals, so the government can’t be very harsh and of course they still want to have these friendly ties and economic ties.

“We’ll have to wait and see what steps will really be taken.”

Women in India are to be given protection and compensation from domestic abuse under a groundbreaking new law, officials say. 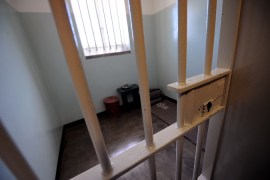 Saudi Arabia is due to behead a Sri Lankan woman in a case that has focused attention on the plight of migrant workers. 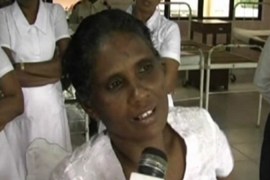 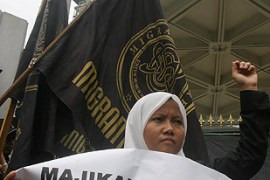 Latest in series of cases to raise concern over treatment of domestic workers.