Mohammed El-Kurd is a writer and nationally-touring poet from Jerusalem, Palestine. Mohammed's work explores, in testimonial and language-manipulating... poems, themes of trauma, displacement, ethnic cleansing, state violence, and colonisation as well as patriarchy and gender norms. His writing, especially his poetry, has sparked media attention and praise - including numerous features in international outlets such as The Huffington Post, The Guardian, and Al Jazeera. He is currently living and studying in the United States.

Our col­lec­tive deaf­ness to the sto­ries of Pales­tin­ian women needs to end for the sake of fu­ture gen­er­a­tions. 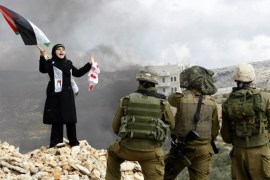